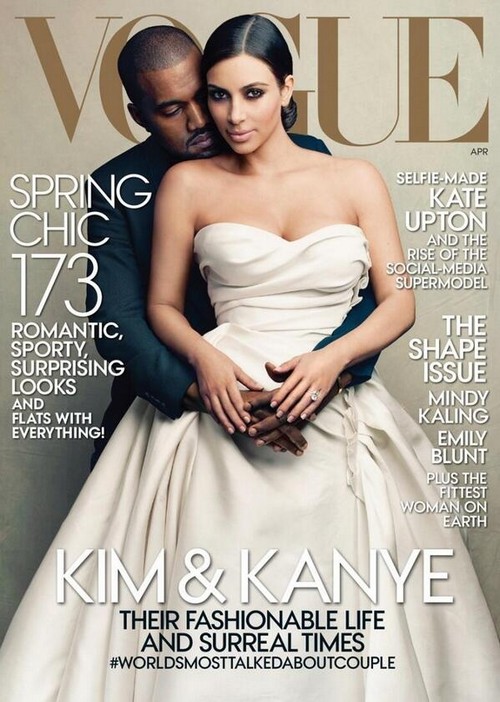 This just proves that nothing good can ever come from putting Kim Kardashian and Kanye West on the cover of your magazine. According to reports, Vogue is being sued for their behind-the-scenes video shoot for the April magazine cover – otherwise known as the infamous Kimye cover.

Apparently, some random singer from the 1970s, Rickey Spicer, had sued Kanye last year for stealing one of his songs and putting it on his Yeezus album. And since that same song was used for the Vogue video shoot, the singer’s decided to go after Vogue too, probably thinking that he’s bound to hit jackpot if he goes after as many people as humanly possible.

The suit he filed against Vogue [and by extension, its parent company Conde Nast], states, “Mr. Spicer’s voice is used substantially throughout the video, comprising approximately 44 percent of the lyrics.”

There are always people looking to cash in on celebrities that are rich, powerful, and famous – and more than likely, this is just another one of those cases. Kanye, as much as he has his faults, doesn’t strike me as the type of guy who’d surf the Internet to steal someone else’s song. And even if he did, he’d be smarter than to use 44% of that song in his own single, which would obviously raise suspicion. This Rickey Spicer is obviously just out for his fifteen minutes of fame, probably hoping that Vogue and Kanye will just settle with him instead of going through the hassle of a trial.