Dolly Parton Is Very Worried About Miley Cyrus: Thinks She is A Lost Child 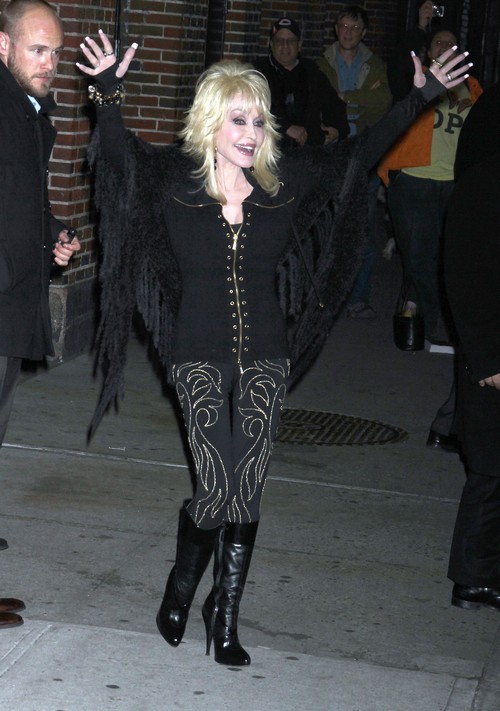 If anyone knows a thing or two about show business, it is Dolly Parton. The country crooner has been in the industry for years and she knows just how challenging it can be to maneuver through the ups and downs of celebrity.  It is for that very reason that Dolly became alarmed by comments that her goddaughter Miley Cyrus made to her recently. In an interview with The Sun, Parton shared that Miley told her that she needed “to murder Hanna Montana.”  Dolly could sense the anger in her and sees a very lost child in Miley.

Apparently Miley feels that the image of her former Disney character, Hannah Montana, was too engrained in everyone’s minds and she no longer wanted to be associated with her.  Dolly shared with The Sun that Miley told her that she needed to make sure Hannah Montana was gone for good “in order for people to accept who I really am.” But is the Miley we see today who she really is? Let’s hope not. Her godmother doesn’t seem to think so either noting that she felt Miley is taking on her new persona because she needed something drastic to make sure people see her differently. Dolly still seems to believe in the young starlet sharing with The Sun, “I’m hoping that she holds it in the road and doesn’t do so many things that are that bizarre. I don’t think the crowd would be so forgiving again if she did anything else that was really offensive. I don’t want it to overshadow her talent.”

Parton went on to talk about how hard it is to transition from popular child star into any other character or identity. She referred to Shirley Temple and the difficult time she had as she grew up and could no longer play the part of a cute young child in movies. Interesting that she referenced Shirley Temple, who went on to have continued success in all areas of her life and didn’t seem to need to continually promote the use of marijuana, wear next to nothing in and out of her concerts, pleasure herself and others on stage, and get tattoos on her lip for attention.

Not too long ago, Ms. Parton tried to downplay all the negative media about Miley as she’s always been quite protective of her. But now it seems it is getting more difficult for Dolly to explain away the craziness that Miley brings, and she is finally starting to share her more genuine feelings about Miley’s actions. Dolly, still holding out for a glimmer of hope told The Sun, “If she is as smart as I think she is, I think she’ll make the right decisions.” That may have given former fans a glimmer of hope as well…had it been before the continuous, never-ending series of bad decisions Miley’s made so far. Hope Dolly is not holding her breath on this one! What do you think HH fans? Is there any hope for Miley or is she a lost cause?