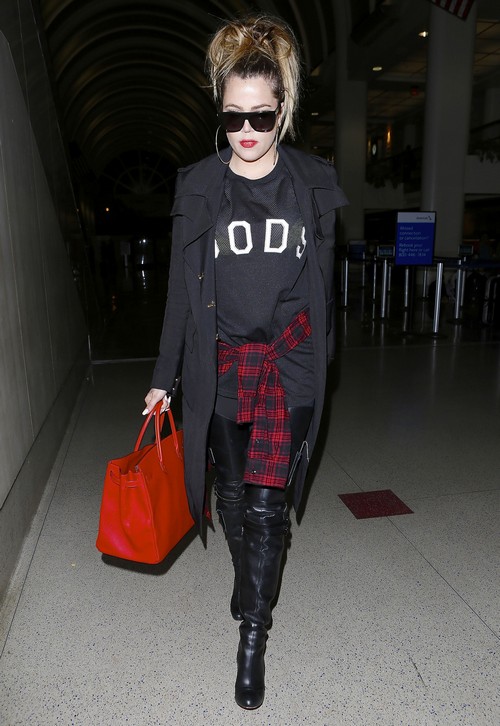 Doesn’t it seem like just last month that Khloe Kardashian was clubbing with rapper The Game and allegedly smoking marijuana while she bumped and grinded with him on the dance floor?  Oh wait, it was last month.  Well, The Game is old news.  Khloe’s new rapper du jour and clubbing buddy is East Coast rapper and Coke Boys front-man French Montana.

The Keeping Up With The Kardashians star and her new rapping beau arrived at Club Greenhouse on Friday night at nearly 3:00 in the morning to celebrate DJ Cipha Sound’s birthday.  According to Radar Online Khloe and French marched into the club with their huge entourage and began pounding shots of Ciroc.  Moments later NYC police officers arrived and shut down the party due to “overcrowding and loud music.”  Translation?  Khloe and French caused such a scene and were partying so hard with their entourage that the police were called.

My how the tables have turned in the Kardashian family.  A couple of years ago Kim Kardashian was the apple of every rapper’s eye, now she is playing house with Kanye and their daughter North.  Meanwhile Khloe, who used to play house with ex-hubby Lamar Odom, is now partying like a rock star every night of the week with a different rapper every month.  I’m not sure whether I am proud of Khloe for knocking her sister Kim Kardashian off her pedestal, or ashamed of her for stooping as low as her sister’s pedestal.

What do you guys think about Khloe Kardashian and French Montana?  Do you think she was better off with The Game?  Which rapper do you think she will hook up with next?  Let us know what you think in the comment section below.