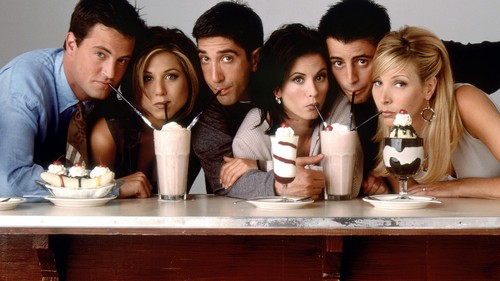 How many times does the Friends cast have to deny rumors of a reunion before the public gives up? It’s been more than ten years since the show wrapped up its final season, but it seems like every year fresh stories pop up over a reunion episode or a reunion movie. Fans are still holding out hope for the possibility of a reunion, although those hopes may have just been cruelly slashed by Courteney Cox, who played Monica Geller on the popular show.

Cox was recently on the David Letterman show, and when asked about whether she was sick of being questioned about a possible Friends reunion, she replies, “Well only because once you say ‘Well, I’d like it’, then they have to contact every other cast member and be like, ‘Courteney’s into it’ and then I get into trouble.”

All good points, but I think she’s underestimating the desire that people have for a Friends reunion – whether in TV or film.