George R. R. Martin Opens Up About Game Of Thrones Rape Scene, Denies Any Input In The Sequence 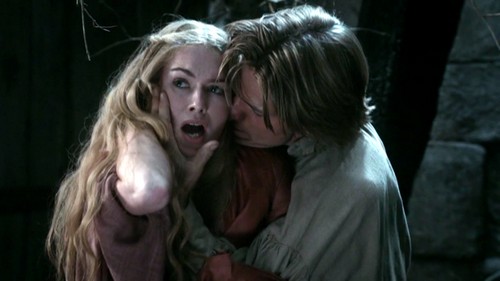 For readers of George R. R. Martin‘s Game of Thrones novels, the rape scene in the most recent episode of the show definitely came as a surprise. In fact, many fans are very upset at the controversial scene, especially because it deviated from the books in such a big way.

Obviously, this contains SPOILERS: In the books, Jamie had just returned from his trip after Joffrey died, and although he and Cersei do have sex next to Joffrey’s corpse in the sept, it is presented as absolutely consensual sex between them – not the rape that was shown on screen. Sure, the showrunners could have been trying to show the twisted nature of Cersei’s relationship with Jamie, and how it hasn’t changed since he’s been away – but they could have done that by sticking to the book’s version of the events, instead of adding in an unnecessary rape scene that did nothing to add to the story or illuminate any of the characters.

Because of the controversy and backlash that the scene has received, Martin himself is weighing in, although he admits he had absolutely no input himself. Aside from writing one episode a season [which he did for the 2nd episode], the showrunners reportedly don’t go to him for advice on writing the scenes unless they have specific questions or concerns.

Anyway, Martin explains, “The whole dynamic is different in the show, where Jaime has been back for weeks at the least… The setting is the same, but neither character is in the same place as in the books, which may be why Dan & David played the sept out differently. But that’s just my surmise; we never discussed this scene, to the best of my recollection. Also, I was writing the scene from Jaime’s POV, so the reader is inside his head, hearing his thoughts. On the TV show, the camera is necessarily external. You don’t know what anyone is thinking or feeling, just what they are saying and doing.”

He ends his thoughts by saying that although the scene was always intended to be disturbing to the readers/viewers, he does regret that it offended many people for the wrong reasons.