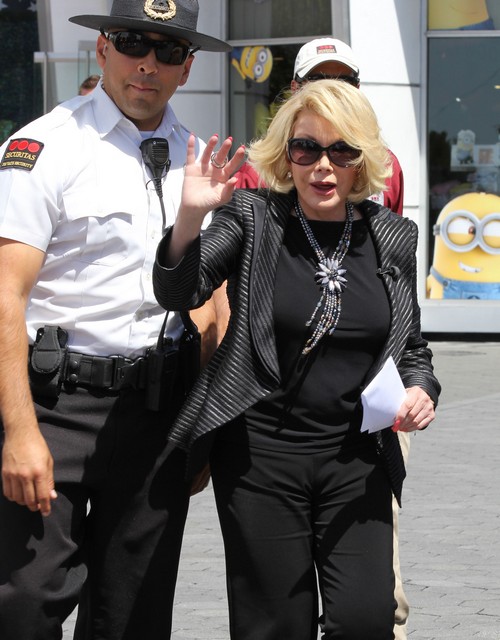 Joan Rivers is known for pushing the limits when it comes to her comedy, but this time she has shifted into classless territory that leaves the comedian looking pathetic as she attempts to make light of a very tragic story.

It started with Joan’s comments on the Today show, reports TMZ, where Rivers compared the small size of her daughter’s guest room with the size of the basement where three women and one child were held hostage for more than 10 years, “Those women in the basement in Cleveland had more space.” When two of the three women to whom she was referring became incensed by her comments, TMZ claims Joan retorted “One of them has a book deal.  Neither are [sic] in a psych ward.  They’re ok.  I bet you within 3 years one of them will be on Dancing with the Stars.”

Even for those who can some off-colored humor well, this was pretty sickening. Amanda Berry and Gina DeJesus were two of the three women who were snatched from their families and had their loves taken away from them for ten years as they were confined to a basement where their capture repeatedly beat and raped them. He fathered a baby with one who delivered the child in the basement and cared for her for six years. So, pardon us Joan, if we aren’t feeling your “humor” on this one. I wonder if you would still joke about such a heinous crime if it were your daughter who was held captive and taken from you for ten years. Somehow, I doubt it. If you are such a great comedian…find better material.

What do you think HHer’s? Did Joan go too far? Tell us what you think about her comments below.