Lindsay Lohan Claims Jennifer Lawrence Sleeps Around To Get Roles 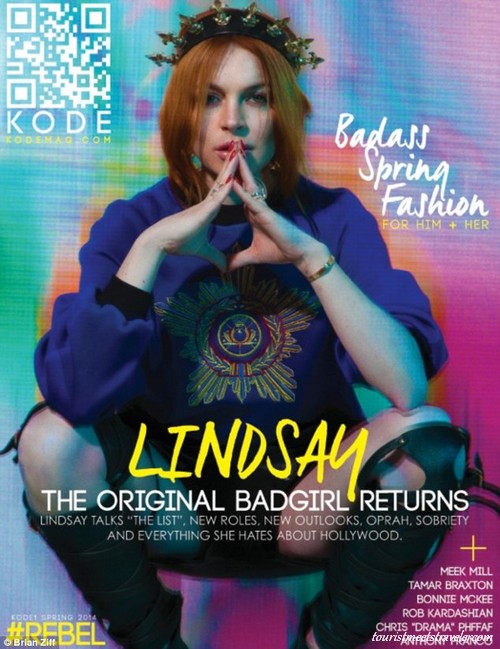 Lindsay Lohan seems to have an excuse for every mistake she makes. Most recently, she has decided to blame A-list actresses like Jennifer Lawrence for exchanging sex for the best roles, leaving Lindsay with no opportunities. Apparently a horrible work ethic, unpredictable personality and lifestyle, multiple trips to rehab, claims of theft, and bordering on has-been territory are not the reasons for Lindsay not getting work. It is all Jennifer Lawrence’s fault!

Lindsay actually gives this lame excuse in an obvious attempt to not look as pathetic as she is by trying to explain why she hasn’t had any box-office hits lately. Lindsay, who graces the cover of Kode Magazine, gave them an interview that ended up with revelations that truly speak to her low-class personality. In the interview, ONTD.com reports, Lindsay implies that Jennifer Lawrence only gets roles by sleeping around. Kode Magazine described that during the interview, the discussed turned to Jennifer Lawrence and her spill on the red carpet.  When the conversation turned to Jennifer, Lindsay couldn’t hold back stating, “She’s so fake and I’m sorry, I’m not going to f*ck for roles.” Yes…because we know what an upstanding citizen you are, Lindsay. We could never imagine you doing something like that.

No one wants to hire Lindsay because they don’t know what to expect and they aren’t willing to take a chance on her when there are far better actresses out there. Lindsay is a liability. Lindsay has a track record of showing up late for filming, or not showing up at all. No one wants to take a chance, financially, on messing with production scheduling because of Lindsay’s flippant, arrogant attitude.

Likely Jennifer Lawrence won’t even dignify the comments with a response, knowing that no one takes Lindsay seriously anyway. She couldn’t even succeed in reality tv! Lindsay has enough enemies in Hollywood right now, so it really isn’t the best idea to create more! Tell us what you think about Lindsay’s comments below.