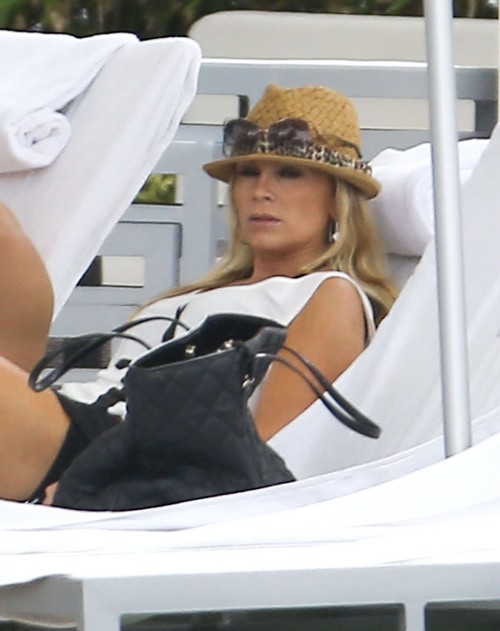 In the reality television world, publicized custody battles and post-divorce disagreements are almost as common as Botox. In an exclusive interview with In Touch Weekly, Real Housewives of Orange Country star Tamra Judge has finally opened up about her ex-husband’s accusations that she neglects her children.

It’s been a while since Tamra and Simon divorced, but Simon recently filed legal documents alleging that Tamra mistreated and neglected their three children. These allegations include Tamra refusing to bring their 13-year-old son to the doctor and finding bugs in their 8-year-old daughter’s head.

Tamra says, “He knew the papers would be made public. It’s sickening that he would do it this way, just to hurt me. Every one of his statements is a self-serving, manipulative, flat-out lie.”

However, despite her insistence that she’s a good mother, her eldest daughter doesn’t seem to agree with her. Her fifteen-year-old daughter, Sidney, decided to live with Simon instead of Tamra, and even went so far as to defend Simon on Twitter, calling him a much parent than Tamra. Tamra’s castmate, Gretchen Rossi, is also supporting Tamra’s daughter and ex-husband, telling In Touch, “I believe in karma. Tamra is so busy destroying people’s lives, she doesn’t have time to take care of her children, in my opinion.”

It’s hard to take sides in these situations, especially when everything is hearsay. However, Tamra’s defense isn’t looking too good right now, not when her own daughter is supporting her ex-husband instead of her. She can claim that he filed the documents just to ‘hurt her’, but he had a lot more to lose in filing those papers than he had to gain.