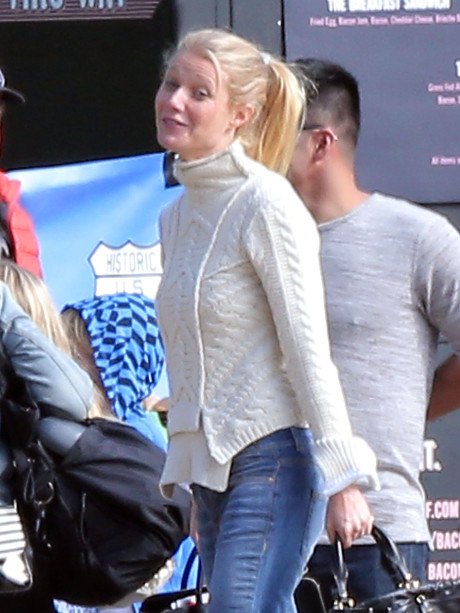 It looks like Chris Martin is doing his very best to keep the blame off Gwyneth Paltrow for their divorce. Well, too little, too late, Chris. The whole world already has their own theories for Chris’ and Gwyneth’s ‘conscious uncoupling’, the most prevalent of which seems to be that both Chris and Gwyneth had an open marriage and were having flings with other people. Gwyneth, being obsessed with perfection, didn’t want to get a divorce even though it was obvious that they were no longer in love with each other.

Now that Chris is getting his chance to discuss the divorce in the public forum, his response isn’t that much better. In an interview with BBC Radio 1, he explains, “I wouldn’t use the word breakdown. This was more a realization about trying to grow up basically. Like I said, if you can’t open yourself up, you can’t appreciate the wonder inside. So you can be with someone very wonderful, but because of your own issues you cannot let that be celebrated in the right way.”

Um, so he and Gwyneth didn’t work out because he couldn’t grow up? Is he trying to blame the divorce on the fact that he was immature? Because seriously, that’s an even worse excuse than what most of what Gwyneth comes up with.

Well, it’s nice that he’s definitely placing the blame on himself and refusing to allocate any of the fault to Gwyneth. Then again, it was Chris who insisted on the divorce, from all accounts. He was the one who fell in love with someone else, and who wanted to separate permanently. Gwyneth didn’t really have much choice in that matter, so even though Chris keeps blaming himself [in a weird, long, and roundabout way], he definitely owes her one.