Selena Gomez And Orlando Bloom Hooking Up To Get Revenge On Justin Bieber And Miranda Kerr For Cheating! 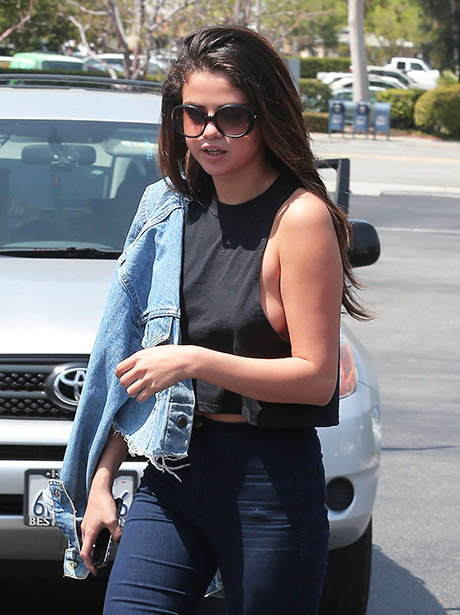 Selena Gomez and Orlando Bloom hooking up? Has the world completely tilted off its axis and gone haywire? Putting aside the age and maturity difference between these two, Orlando literally just came out of a serious marriage and has a young child – whereas Selena still IS a young child, and trying to recover from a very traumatic period in her life. Either he’s taking advantage of her emotional state, she’s taking advantage of his recent divorce, or they’re both using each other as a means to an end.

The third option’s most likely, considering what sources close to Selena and Orlando are saying. Just days after they were spotted canoodling outside of Chelsea Handler’s concert in Los Angeles, TMZ claims that the biggest reason they’re hooking up is to get back at their exes, Justin Bieber and Miranda Kerr.

For those of you who can’t remember, Miranda and Justin were rumored to have flirted and [possibly] hooked up last year, which may have contributed to Miranda’s divorce. Perhaps Selena and Orlando felt like it was time for payback? Yes, I have a hard time believing that Miranda would have ever given Justin the time of the day, but when this many sites are reporting on it, there has to be some truth to it. Plus, Selena and Orlando spontaneously hooking up just seems so… out of the blue.

What do you guys think? Are Selena and Orlando trying to get revenge on their respective exes, and will their fling/hookup/flirtation last? Let us know your thoughts in the comments below.