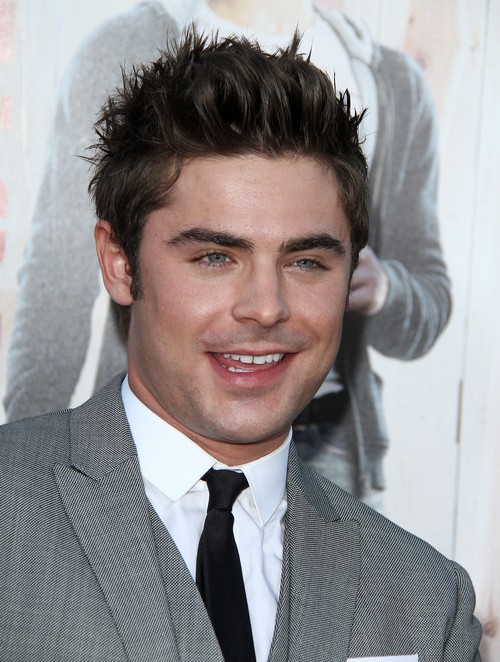 Rumors have been swirling for quite a while that Zac Efron is officially off the market, and the lucky lady that was able to tie him down was none other than his Neighbors co-star Halston Sage.  Last month Sage and Efron were spotted cozied up together in their courtside seats at a Los Angeles Lakers game in Staples Center.  And, the very same week Halston and her Glee boyfriend Chord Overstreet officially called it quits.

It didn’t take a rocket scientist to come to the conclusion that there was something going on between between Halston and Zac.  But, just in case we were skeptical E! News confirmed it.  A source told E! News that “They were seeing each other a bit during filming of their movie together and ever since he went to rehab they got a lot closer. Her friends love him and say he is so sweet. He’s really good to her.”

Even though we are all positive that Zac and Halston are dating, it seems the couple hasn’t really put a label on their relationship.  Or else they are desperately trying to keep it on the down low.  Entertainment Tonight was at the Neighbors premiere in Los Angeles and they cut right to the chase with Halston and asked her if she and Zac Efron are an item.  The actress laughed and responded “I don’t know!”  How do you not know if you are dating someone?  Either you are or you aren’t!

What do you guys think of Zac’s new maybe girlfriend Halston Sage?  Are you as convinced as we are that the pair are dating?  Let us know what you thin in the comment section below.