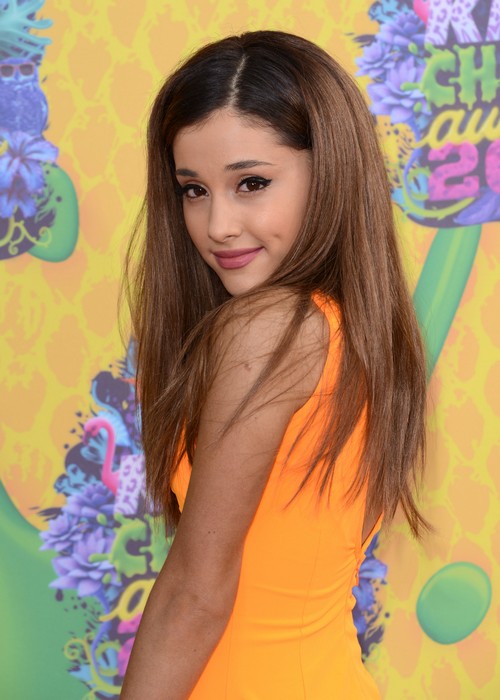 Millions of people tuned in to the I Heart Radio Awards last week on NBC, and everyone is still buzzing about Ariana Grande’s performance, which a lot of viewers deemed one of the best of the night.  However, her performance of her song “Problem” at the Radio Disney Awards on April 26th isn’t bringing in the same amount of praise.  Apparently, some disgruntled fans believe that Ariana stole Mariah Carey’s dance moves!

According to Hollywood Life, “Both Ariana and Mariah bring down the house with their powerhouse vocals and showstopping performances, but Oceanup is claiming that Ariana copied Mariah’s moves!  Ariana’s performance of her hit song “Problem” at the Radio Disney Music Awards was impressive, but her dancing was quite the throwback to Mariah’s moves in her song “Honey!” Specifically, that arm-swinging move is definitely one Mariah perfected over 16 years ago.”

Mariah and Ariana’s moves are definitely similar, but Mariah’s song Honey was release almost two decades ago.  Mariah can’t put a copyright on a dance move though, and she can’t be shocked that someone would dance similarly to her over the course of 16 years.  There are only so many dance moves out there, the artists are going to have to start recycling them after a while.  And, there’s something that critics aren’t taking into consideration.  Ariana Grande has a choreographer, someone teaches her the dance and she performs it.  If anyone “stole” Mariah Carey’s dance moves it was Ariana’s choreographer…not Ariana.

What do you think of the allegations against Ariana Grande?  Do you think she is intentionally trying to imitate Mariah Carey, or is everyone making a mountain out of a mole hill?  Let us know what you think in the comments below!