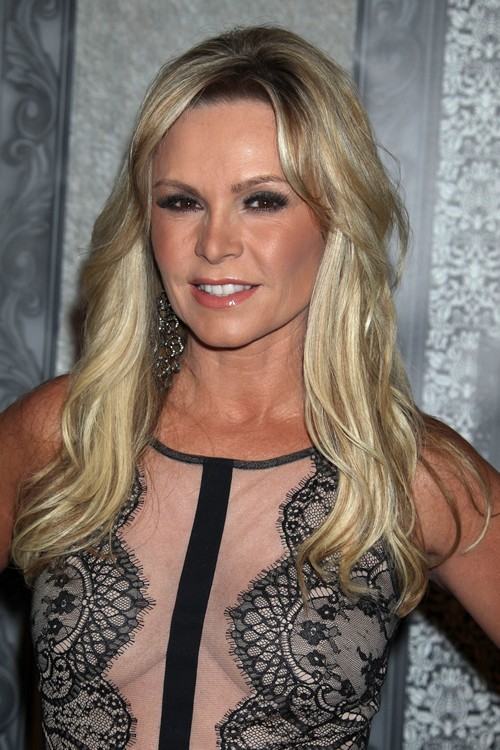 Real Housewives of Orange County star Tamra Barney Judge is determined to win custody of her children against ex-husband, Simon Barney. Tamra told Andy Cohen [on his Watch What Happens Live show] that even though she was bitter about her ex suing her for custody, she was sure that she was going to win. She explained, “My ex is suing me for 100 percent custody of the kids and it’s probably been one of the most devastating times in my life because these are my children. What kind of father does that unless the mother is a drug addict or something?”

She also seemed assured that she was going to win custody, even going so far as to say, “I’m going to win, 100 percent.”

Hmm, one wonders if she has something on her ex-husband to make her so sure of this, no? I mean, the whole thing started when Simon tried to change their custody agreements by claiming that Tamra was a negligent mother. He had also alleged that Tamra didn’t feed or bathe their kids for days at a time, allegations that Tamra has staunchly denied. She spoke at length about his accusations on Andy’s show, adding, “Honestly, in his declaration, which he knew was going to be public, he said some really nasty things about me. There were stories out there about my children that were just horrific. It’s been hard; it’s been sad; I’ve been crying for a week.”

You know, for all her statements over how devastated she is, notice that she doesn’t mention what this whole ordeal is doing to her children. It seems like all her focus is on winning custody of her kids, not keeping their well-being at the forefront of her mind. Plus, there’s the whole issue of her children appearing on the show, which Simon has clearly forbidden. However, Tamra adds that she has complied with his requests on that matter as well, and she doesn’t think that it’s fair that she’s having to fight for her kids when she did everything he wanted.

This whole situation is turning into a game of ‘he said, she said’, and I doubt it’ll get resolved until the case is closed on the matter.

Do you guys think Tamra or Simon will win custody, or will they manage to work out a mutually beneficial agreement? Let us know your thoughts in the comments below.