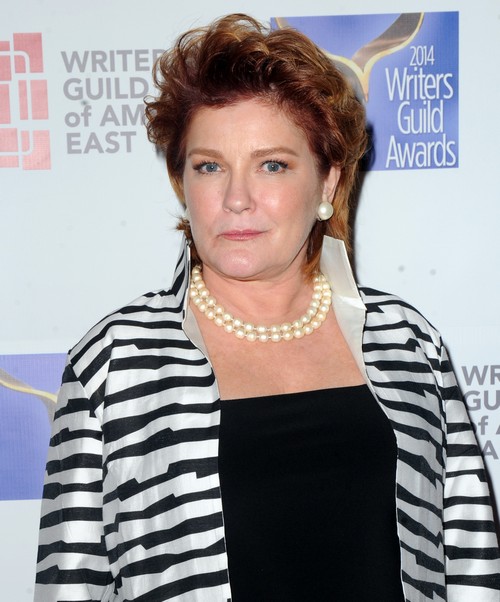 Why is that whenever experienced television actresses finally find commercial success, they start to behave like divas? This obviously doesn’t apply to everyone, but it applies to more actresses than I would have thought possible. We already have an example of what happens when TV actresses get a big ego, i.e. Katherine Heigl, but it looks like Orange Is The New Black star Kate Mulgrew is set to become yet another example.

According to a new report from In Touch Weekly, Kate [who plays Red on the show] has become the ‘most disliked’ cast member on the show. Apparently, she’s angering the rest of the cast and crew by constantly demanding more takes, criticizing everyone’s acting, and debating with the writers over the dialogue.

A source tells In Touch, “Kate’s got a lot more experience than most of the other actresses and she never lets anyone on the set forget it. [She] thinks she’s the star of the show and everyone else is just scenery.”

Kate has been acting since 1975, and while she does have a lot of on-screen experience, she’s never really had the kind of commercial success or fame until Orange Is The New Black. I think she should be more aware of that fact and not act like she’s the star of the show. Plus, she’s not the only one who’s had extensive experience on TV, considering the cast also contains actresses like Laura Prepon [That 70s Show] and Taylor Schilling [Mercy].