Kourtney Kardashian And Khloe Kardashian Being Banned From The Hamptons 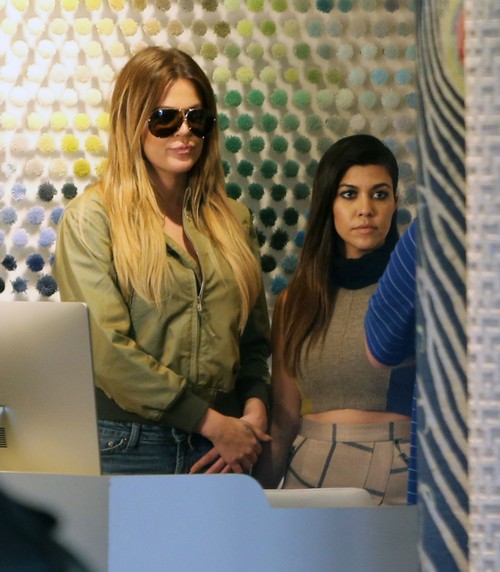 According to reports, Kourtney Kardashian and Khloe Kardashian are being banned from the Hamptons. To be honest, I’m surprised that it took this long for the Kardashians to be banned from somewhere. I always assumed that their famewhore tactics would get them banned from events all the time, but they’ve somehow managed to sneak their way into everything. Well, except for the Oscars.

Anyway, ‘Kourtney & Khloe Take The Hamptons’ has been planned for a long time, in line with the rest of the spin-off Kardashian shows. However, reports claim that the residents of the Hamptons are putting up a fight, and they’re trying to get the Kardashians banned from filming near their homes. The producers of the show are reportedly looking at the wealthier neighborhoods in the Hamptons [um, isn’t every neighborhood wealthy in the Hamptons?], and the residents of those neighborhoods don’t want their homes swarmed by the paparazzi and becoming a fixation for celebrity-seeking tourists.

Again, it’s about time, right? The Kardashians create havoc wherever they go, and even if the paparazzi and fans don’t immediately flock to them, you can bet that they’ll end up calling the photographers if they’re ever left alone for more than a day. That means that even if the Hamptons residents take every precaution to keep out the paparazzi, they’ll find a way to get in.

What do you guys think will happen? Will the neighborhood win their battle against the Kardashians, or will the Kardashians end up ruining the Hamptons as well? Let us know your thoughts in the comments below.