Mila Kunis Discusses Pregnancy, Says She Will Have Natural Birth 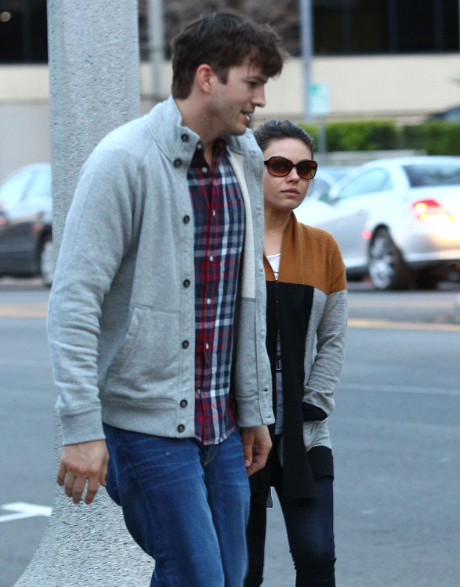 Mila Kunis has been harping on about privacy for as long we’ve known her, but here she is, discussing her pregnancy on Ellen Degeneres’ show for the whole world to hear. I suppose she’s figured that once everyone knows, there’s no point in hiding it anymore.

Although Mila refuses to divulge any of the details on the baby’s sex or open up about her engagement to Ashton Kutcher, she does spend some time going over her pregnancy with Ellen. She reveals that she’s planning to have her baby as naturally as possible, explaining, “We watched a couple of documentaries and we looked into the like the you know midwife aspect of it and things and spoke to my OB/GYN and realized that the hospital that I’m going to be laboring in does have a midwife, you know, Doula type of thing….So I’m gonna do it as all natural as I possibly can unless there’s an emergency or something [goes] wrong.”

Mila’s currently promoting her new movie, Jupiter Ascending, which will release on July 18th, 2014. It’s not clear how far along Mila is in her pregnancy, but she will definitely be showing once the movie’s release date rolls around. Thus, expect a lot more pregnancy-related interviews once the film’s promotion kicks into high gear.