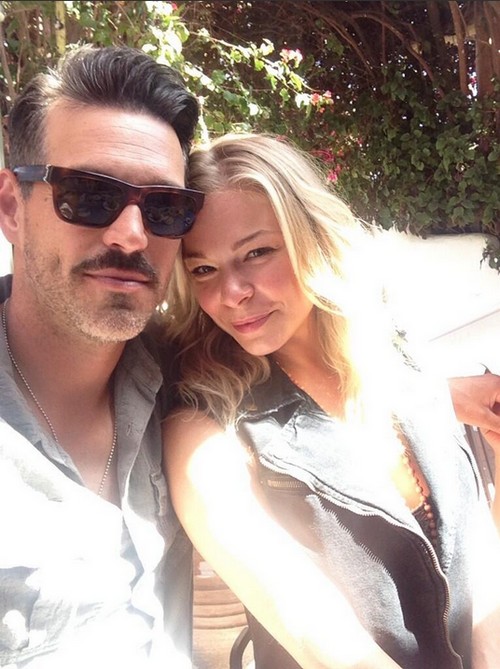 Well, we cannot say we didn’t see this one coming. Not one to miss the chance to put something scandalous on Twitter, Brandi Glanville is at it again…but this time she isn’t talking bad about her ex Eddie Cibrian’s wife LeAnn Rimes. In fact, she didn’t say anything bad at all. Quite the contrary! Radar Online reports that Ms. Troublemaker Extraordinaire took to Twitter to profess her still-there love for her former husband, Cibrian. Included along with her confession, however, was one of those passive-aggressive comments that Brandi is so good at.

In her tweet she nonchalantly lets LeAnn know that Eddie still has feeling for her as well and that he considers LeAnn his second choice.  According to Radar, Brandi shared, “He’s my ex – so do I really want him or am I OK with him telling me how much he LUUUVS ME but is gonna chill with his backup.” Ooohh, that’s gotta burn! While one might dismiss this as nothing more than Brandi stirring the pot, I have no doubt Eddie still plays both of these women all he can. Remember way back when the affair between LeAnn and Eddie began? He was telling LeAnn he wanted to be with her and was in love with her, while telling Brandi that LeAnn was not even his type, comparing her face to a horse’s!

So, the suggestion to Brandi is…while it may feel good to get under LeAnn’s skin once again, it doesn’t really make you look too swift either. To believe anything Eddie says means you might be just as dense as LeAnn. Meanwhile, while Glanville has her two sons with Cibrian for mother’s day weekend, LeAnn and her playboy hubby are in Vegas for LeAnn as she is performing. Radar reports that in an interview with the Las Vegas Sun, “Eddie and I have a very quiet, normal life. Unless someone need to use it to spin the press for some reason to try to mess with us.” So, while she got her swipe in as well, she also just admitted to the world that she and her hubby have a very dull life. Not the kind of reputation Eddie was going for I’m sure…and not the lifestyle he seeks either.

So while these two ladies try to find creative ways to bash each other on Twitter, they end up being the two who come out looking like the biggest losers of all! Now that Brandi has let the cat out of the bag that she still has strong feelings for her ex, how long do you think it will take for them to start sleeping together behind LeAnn’s back? I think Brandi would be up for it just to spite LeAnn! This may get very interesting! Tell us what you think…is Brandi opening a can of worms for admitting her undying love for the man who broke her heart and shared that he’s opting to stay with the wife he refers to as a backup??!! How idiotic is LeAnn for believing Eddie loves her?