The Bachelorette With Andi Dorfman Premiere Spoilers: 25 Men Vying For Andi’s Affections, One Gatecrasher and More 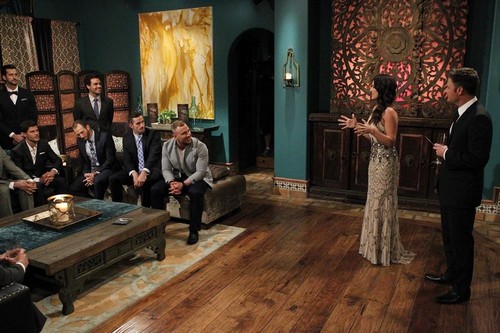 The new season of The Bachelorette will premiere on Monday, May 19th with Andi Dorfman claiming the titular character. As the Bachelorette, Andi will be in charge of selecting the men that she wants to romance, and who she can’t see a future with.

27-year-old Andi, who was previously hoping to become an Atlanta assistant district attorney, will meet 25 potential soul mates at the beginning of the show. Andi will get to know the contestants throughout the premiere, including one surprising addition. According to the press release, there will be a previous Bachelorette contestant who’s so enamored with Andi that he will fly across the country and gatecrash the party, hoping to be included among the 25 men vying for Andi’s affections.

While Andi is debating her first verdict, all the men will be using their various talents to win her over. In the end however, only 19 men will move into mansion and continue to vie for Andi’s heart.

The initial 25 suitors are:

Brett, 29, a hairstylist from Westminster, PA

Chris, 32, a farmer from Arlington, IA

Dylan, 26, an accountant from Boston, MA

Josh B., 29, a telecommunication marketer from Denver, CO

Keep in mind, Andi’s an interesting choice for the Bachelorette because she walked away from Juan Pablo on the Bachelor. You could say she dodged a bullet with that decision, but now she’s the one in charge of making the choices.

In the premiere episode, we see Andi’s nerves start to show, especially as she faces all the contestants. Some of the contestants offer her gifts, others try to woo her with some not-so-traditional romance tactics, and one even gatecrashes the evening. In the end, it’ll not only be up to Andi to decide whether to let the gatecrasher stay or leave, but who to eliminate in the first round.

As always, a different man will be eliminated each week, until only a few are remaining at the end. At that point, Andi will meet their families and spend more time with them, and then decide who she feels most compatible with.