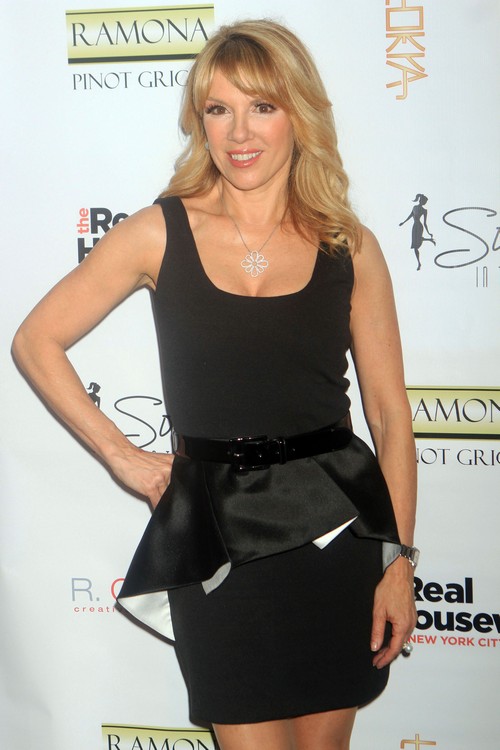 Ramona Singer has always been open about her difficult childhood, but a new preview for The Real Housewives of New York reveals that even she may have concealed the extent to which the trauma damaged her.

While on a walk with Carole Radziwill, Ramona breaks down about the Berkshires and how they brought back traumatic childhood memories. While walking through the woods with Carole, Ramona started freaking out and saying, “Oh my god. This is f*cking unreal. Now I’m freaking. This looks exactly like my backyard.”

Ramona’s always been open about the fact that her father used to be verbally abusive, but she says that his alcohol habit picked up once they moved into the country. She tells Carole, “I believe my father moved us to the country so he could just hurt my mother and the neighbors couldn’t hear. It brought back memories of my parents arguing, and that’s just something I don’t want to remember. As a child to hear that every day is stressful.”

At the end of the preview, Ramona starts losing it, telling Carole that she has to get out of there because she feels like someone is going to ‘attack’ her. As she breaks down crying, she reveals that she’s buried her memories so deep that she doesn’t want to remember anything else.

This is just a preview, so we’ll probably get a much closer look at Ramona’s psychological issues on the next episode of RHONY. Although Ramona’s been accused of playing up her childhood to bring in more sympathy, she doesn’t seem to be acting in the clip, and childhood trauma does affect someone on a deeply personal level. Hopefully Ramona figures out a way to cope with the issues without having panic attacks at the mere memory of her childhood, but it’s obvious that the woods served as a trigger for her episode.