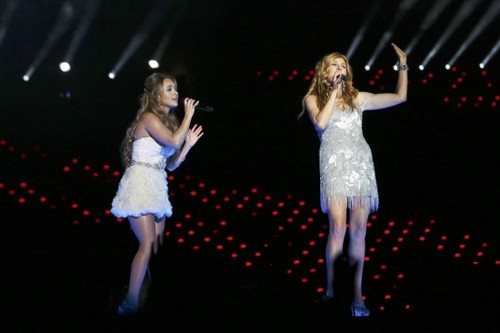 It’s no secret that ABC’s prime time soap opera Nashville’s ratings have been less than stellar during Season 2.  Nashville fans were actually beginning to question whether their beloved country-music drama would even be cancelled.  However, a tweet from ABC’s Ben Sherwood has put everyone’s mind to rest revealing that Nashville has been renewed for a third season, and has received a full order of 22 more episodes.

Season 2 of Nashville just came to a close and the finale aired yesterday May 14th on ABC.  Although there weren’t any car accidents, explosions, or deaths (we’re all still scarred from the Season 1 finale), there were plenty of cliff-hangers to keep fans scratching their heads until the Season 3 premiere next Fall.  Unfortunately there is no news yet on when the Season 3 Premiere of Nashville will air, however the Season 2 Premiere aired in late September, so it’s safe to assume that Season 3 will air towards the end of September as well.
There aren’t any Season 3 spoilers to report as of yet, but that is to be expected since no one even knew whether or not there would be a 3rd season until less than a week ago.

So Nashville fans, are you excited for Season 3 this Fall?  Feel free to share your Season 3 predictions in the comment section below!