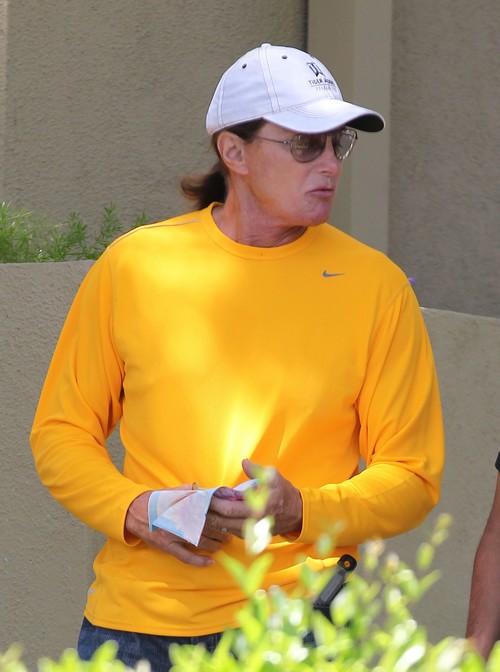 Kris Jenner wants to have it all. She wants to be a cougar and have her twenty-year-old boyfriends, but at the same time, she clearly wants Bruce Jenner to remain loyal to her. Well, I think someone should tell her that that’s not the way it works.

According to a new issue of In Touch Weekly, Kris Jenner has been feeling threatened by how close Bruce is getting to Cher. A source tells In Touch, “Cher has been a real confidante to Bruce about his marital problems with Kris. They’ve become even closer since Bruce has been spending more time in Malibu — where Cher lives.”

However, Kris is apparently still interested in reconciling with Bruce, even though she’s done absolutely nothing to indicate that. But now that Bruce might be interested in someone else, Kris is getting jealous. And with the Kardashians, jealously always comes with boundary issues, and Kris is clearly insecure about her relationship with Bruce. They were together for so long that she probably has a hard time picturing him with someone else, and even though she’s already moved on, she can’t imagine that Bruce ever would – especially since a year ago, he was still at her beck and call for everything.

Seriously though, it’s about time that Bruce got his own life. His identity has been too tied to the Kardashians for too long, and he’s been more of Kris’ puppet than anything else. Now that he has his own life to live, he’ll finally be able to find other people that he enjoys being around – including people like Cher.