The Bachelorette Season 10: Contestants Already Signed On For Spin-off Show “Bachelor In Paradise” 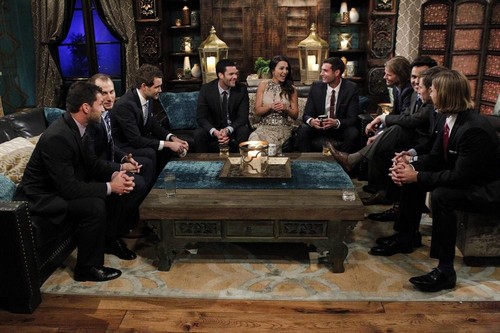 Man, ABC is really milking the success of the Bachelor and Bachelorette for all they’re worth, aren’t they? Life & Style Magazine reports that multiple contestants from Season 10 of the Bachelor have already signed on for another spin-off show, ‘Bachelor In Paradise’, thereby automatically removing them from the list of men that Andi Dorfman could potentially end up with. Of course, we already know the winner and runner-up of Season 10 thanks to Reality Steve, but it’s interesting how these behind-the-scenes cast discussions are machinated.

It is unfortunate for Andi, however, who already had to deal with the biggest douchebag in the world, Juan Pablo Galavis, on the Bachelor. And even though she’s desperate to find someone who isn’t a famewhore, Life & Style’s sources revealed that most of the contestants on this season of the Bachelor were there for all the wrong reasons. Now that Andi’s season has finished filming, many contestants have reportedly signed off on appearing on yet another reality dating show, but really, do we expect anything different?

The sources explain, “Andi’s season just finished filming, and they are already off to another dating show! There are some bad seeds she will have to weed out.” Again, duh. I think it’s a given that almost every single contestant on a reality dating show is there for their fifteen minutes of fame, no matter what they claim. And most of them will do anything to cling on to the attention that much longer, especially if it means they get another chance to be on television.