Scott Disick Hits The Bottle Hard During A Weekend In Mexico 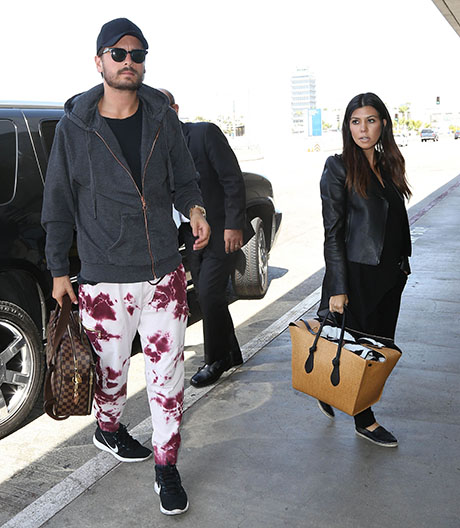 It has been a little while since we have heard a story about Scott Disick behaving badly so I guess we were due for a zinger, right? Kourtney Kardashian‘s baby daddy seems to be one of those guys that can pull it together but never ultimately keep himself together and he proved that once again during a May 4th weekend trip to Mexico. According to the May 26th print edition of Star Magazine Scott was in Mexico for The Hard Rock Hotel Riviera Maya’s grand opening and he wasted no time in hitting up Club Heaven.Sources say that on his first night in Mexico Scott spent hours downing drinks in the VIP area surrounded by hot women that were showering him with attention. The second night was a bit different for Scott though. There was no VIP area which ticked him off and he was falling down drunk. We have all seen Scott good and drunk on Keeping Up With the Kardashian’s so you guys know what I mean when I say he was both belligerent and non-functional. Of course anyone daring to call him drunk had a slew of slurred obscenities yelled at them.

While Scott partied in Mexico Kourtney was back home in LA chasing after their two kids. Are you guys surprised that she and Scott are still even a couple? Do you think he has been behaving better lately and this particular weekend was the first slip up that he has had in awhile or do you think we just haven’t heard about his recent exploits because no one cares much any more? Tell us your thoughts in the comments below!