Sofia Vergara Sees the Light and Breaks Engagement to Nick Loeb… He is Already Out on the Prowl! 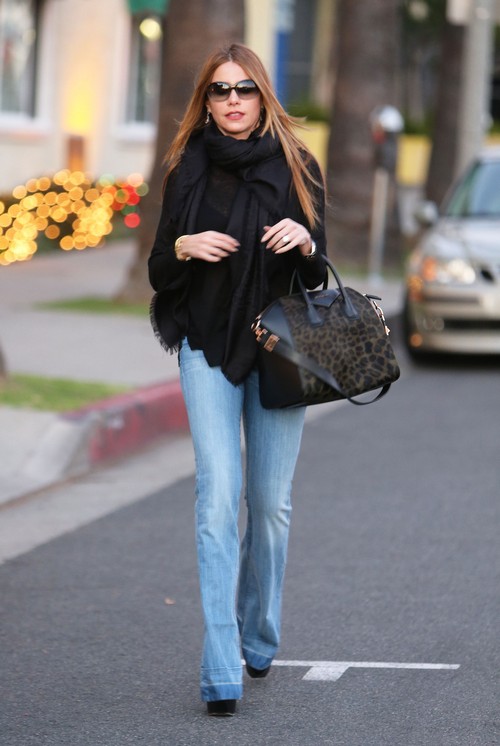 Let’s face it, we all knew that Sofia Vergara’s on-and-off fiancé Nick Loeb was seedy from the beginning, but new reports have surfaced after they have broken off their second engagement and it proves what we’ve known all along. Happily, it seems Sofia has finally seen the light now as well.

The relationship that has spanned over four years and has withstood many arguments, accusations of cheating and violence, as well as insinuations that Nick only stayed with Sofia for advancing his career and funding his ventures. The two had broken up in the past after several escorts came forward to describe in full detail, the sexual encounters they shared with Nick that took place while he was with Sofia. Nick was described as being very sexually adventurous, and was compared to sex addicts because of his salacious appetite for constant sex. Shortly after this break-up, Nick realized he would lose his time in the spotlight without Vergara and promptly proposed marriage, promising to change his playboy ways.

Of their nights out, the couple now has a list of nights-gone-bad as what started as fun nights out, usually ended in Nick becoming drunk and belligerent and, on more than one occasion, getting into physical altercations with club goers. Even that was not enough for Sofia to end her troubled relationship. Many of her friends and family members urged her to dump Nick for a long time, but she always had faith in him. She felt he had always supported her in her career, and enjoyed the comfort of having someone to come home to.

Nick, a failed former Florida politician, now owns fried-onion topping brand Onion Crunch. While his past attempts to use Vergara to help hawk his products were unsuccessful, he decided to change his direction and follow his desire to be in the spotlight, rather than continue to remain in Vergara’s shadow.  The New York Daily News reports that Nick went so far as to try to snag a role in Vergara’s current movie, “Don’t Mess With Texas.” Knowing his fiancé may oppose the idea, he pitched to her agent that he wanted to “surprise her” and told the agent “not to tell Sofia about it.” What a guy, right?! He didn’t get the part in the movie, and it looks like he won’t be playing the role of Sofia’s Vergara’s real-life husband any time soon, either.  Her family and friends are saying that this time, she is not going back.

While Sofia released a statement on behalf of the couple claiming their busy careers and not enough time together is the cause of the failed engagement, HH fans now know differently! And for anyone who may have still had a bit of faith in Nick, the New York Daily News claims he was at Hamptons hot spot Georgica on Monday night, and was seen flirting with a brunette. Classy.

Tell us what you think! Was Nick motivated by fame to keep the relationship going? Are you surprised this couple has broken up again? Share your thoughts below!