Robert Pattinson Still In Touch With Kristen Stewart, Discusses Twilight And His Career 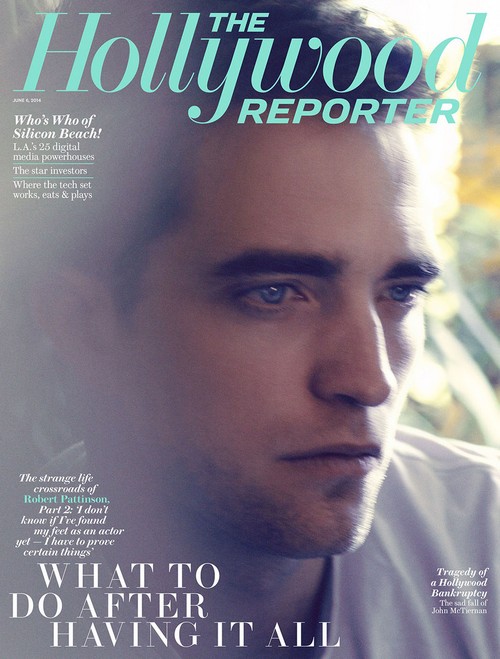 Robert Pattinson surprised everyone this morning when he revealed that he was still in touch with Kristen Stewart post-breakup and cheating scandal. Rob covered the latest issue of the Hollywood Reporter in promotion for his new film, The Rover, and as part of his accompanying interview, he spent some time discussing his private life and how his career changed after Twilight.

Some of it, we already know – i.e., how he had to endure backlash after Twilight – but most of it is a fascinating look at an actor that is often in the media spotlight for all the wrong reasons. I mean, it’s been two years since Twilight ended its phenomenally successful and critically derided run in the theaters, and Rob is still dealing with the repercussions of joining that franchise. As part of the interview, he opens up about the backlash that followed the films, explaining, “Everything changed when they did the marketing, and the general public started to view [the films] in a different way when they started to push the ‘team’ aspect of it. It was like, ‘I’m on Team Edward or Team Jacob.’ That saturated everything, and suddenly there was a backlash. Whereas with the first [film], there wasn’t a backlash at all.”

Well, his comments are certainly a change from his usual tune, when he just used to diss Twilight and its fans without going into any of the intricacies surrounding his feelings on the movies. However, you can imagine why he’s trying so hard to distance himself from the movies, especially since he wants a legitimate career where he’s not viewed as the sparkly vampire or the guy Kristen Stewart cheated on. Unsurprisingly, he also refuses to discuss the cheating scandal that catapulted him and Kristen into global scrutiny, but instead curtly states that he is still in touch with Kristen. He doesn’t elaborate on the topic, but instead goes deeper into his career, giving you the impression that this is a guy that very much wants to succeed in Hollywood on his own merits, not the merits of his ex-girlfriend or the franchise that he used to belong to.