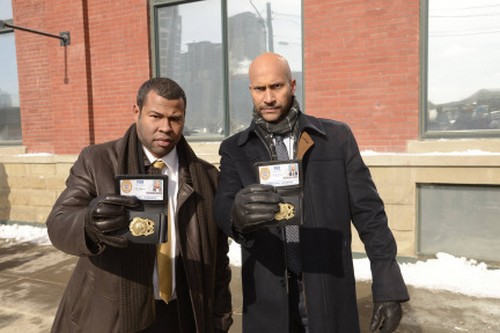 On Fargo episode 7, “Who Shaves the Barber?,” the show opens with a Flashback- we see Molly standing on a street snow so thick you can’t see anything. Molly has her gun aimed and ready. She is walking slowly. We see Malvos back and his stupid fake fur. Malvo turns around and Molly gets a perfect view of his face. She shouts for himto stop. Molly hears the release of a safety on a gun, she fires twice. Malvo once again gets away, this dude has nine lives.

Molly wakes up in the hospital to Gus continuously apologizing to her and making a promise that he will find her a new spleen. Gus thinks he is going to lose his job as well as any respect or friendship he had of Molly’s. Turns out Molly still has faith in him,more than he has in himself in fact. Molly tells him had the roles been reversed she could have just as easily cost Gus his spleen. It’s a sweet gesture. Molly remembers fondly how she managed to shoot someone holding a bazooka and grins. Gus is clearly smitten with her.

Molly who cannot seem to take a break from the investigation even while in the hospital heads over to see Wrench and ask him a few questions. Molly ask about his partner who we know was killed by Malvo. Molly uses Wrench’s hurt to her advantage but even when it seems he might crack he doesn’t.

Molly decides to take Gus on a stroll down memory lane and explains all the crazy connections between the murders of Hess, Lester’s wife, Pearl, and for good measure she even throws her boss and then shows Gus how that all links to Malvo. The only thing she doesn’t tell Gus is about Don’s murder, so I guess she hasn’t made that connection yet. Maybe Gus will.

When Molly finally is free from her gown and can leave the hospital she takes some flowers Gus brought her with her. Molly even shows them to and then gushes about them to her dad which is just to cute.

In other parts of this half cocked story Lester frames his brother Chazz for his wife’s murder by making sure his son gets caught at school with a gun which sends the cops on a search with a warrant which turns up the hammer Lester killed his wife with as well as a very risqué photo of her and a pair of her panties all of which are in Chazz’s possession no thanks to some poor but none the less quick thinking by Lester.

Lester decides that Lady Luck is clearly on his side and pays a visit to Gina Hess. Lester makes her believe she is going to get a payday out of her husbands unfortunate demise just so he can nail the wife of the man who tortured and bullied him. Lester lets say out of sheer excitement ends up causing Gina to cry in pain while doing the deed.

I would be amiss if I didn’t point out that Key and Peele pop up in this episode and it’s pretty awesome. They play F.B.I agents who have balls of steel. As usual however Malvo has the bigger balls made of much stronger steel and breezes right past them gun in hand into an office building and opens fire. Malvo I have no doubt killed everyone in the building. If someone did manage to survive I’m sure it’s just a matter of time before Malvo comes back and finishes the job, hopefully they are able to help with some puzzle pieces first.

Molly heads back to work only to find everyone thinks the case is signed sealed and delivered in the form of the arrest of Chazz. Molly is dumbfounded standing in the snow outside the station while everyone else is celebrating.