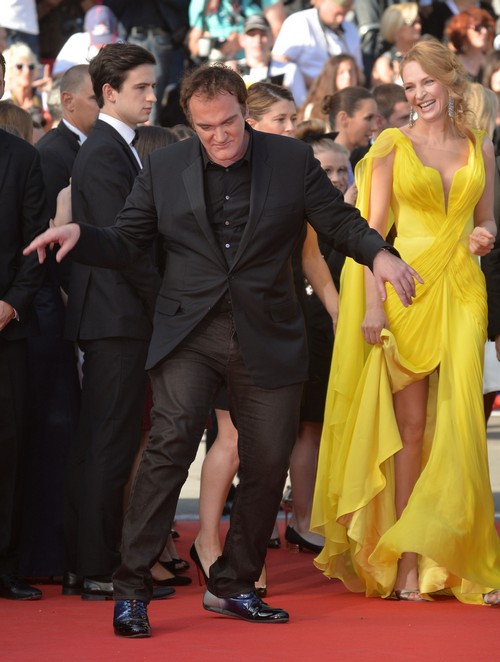 Well, that took quite a while to happen, didn’t it? Quentin Tarantino and Uma Thurman met almost two decades ago, before filming Pulp Fiction. In fact, rumor has it that Quentin had to beg Uma to appear in the movie, but a thriving professional relationship flourished and Quentin and Uma have been making movies ever since. But on the side, rumors have always been swirling about something more going on between them, even though they have always denied it.

Quentin’s always been very vocal about his love and admiration for Uma, calling her his ‘muse’ and his inspiration. There were also rumors of them hooking up during the filming of the Kill Bill movies, even though that was never confirmed. While promoting the movies, Quentin even discussed the rumors, saying that they were not dating but that they would always ‘love’ each other. Granted, there was also the fact that Uma was never single for long, first getting married to Ethan Hawke in the late 90s and then getting engaged to Arpad Busson. But since Uma and Arpad broke up recently, it looks like Quentin finally took the opportunity to make things official.

A source close to the couple also told US Weekly, “They had a thing and got together again recently. He’s loved her for years. There has always been an attraction, and she has indulged from time to time, and that’s how their relationship has always worked.”

This time around, Quentin and Uma shared a villa in France before presenting at the Cannes film festival closing ceremony, and whispers of their romance got out. Friends of both Quentin and Uma have confirmed that they are finally dating, and neither one of them wants to hide their relationship any longer.