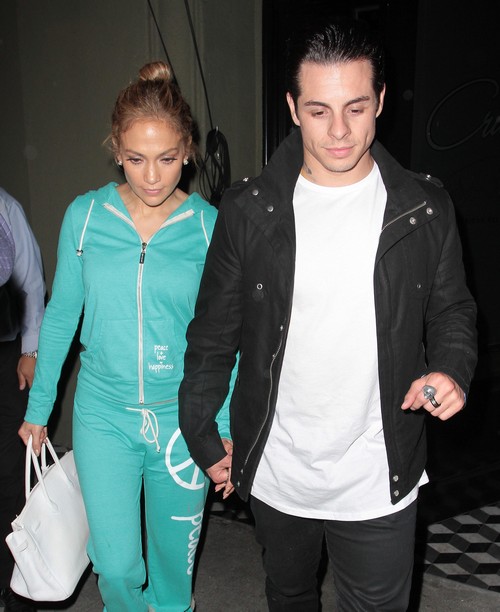 Jennifer Lopez is knee deep in preparations for her free concert in Pelham Bay Park tonight- it’ll be the first time that she is back in The Bronx in an eternity and unfortunately all that anyone wants to discuss is the developing scandal surrounding Casper Smart.  Lopez and Smart have been dating for about 3 years and rumor has it that she is this close to kicking him to the curb permanently. Last week Star Magazine insisted that Smart has been having an affair with a transsexual model named, Sofia Vissa. Supposedly he met Sofia online and turned the connection into a real life hook up.

That was bad enough for Lopez who decided then that her boy toy could sit out her concert in The Bronx but yesterday new allegations surfaced along with some Instagram proof of Smart trying to meet up with another transsexual who goes by the name of Xristina Marie. Sources claim that he has also been hooking up with Marie and confirmation of that nearly pushed Lopez off an emotional cliff.

Sources say that as Lopez is trying to focus on her important concert every question that she is being asked revolves around Smart’s behavior. From what we’re hearing the relationship is about over and Lopez will likely officially pull the plug once her concert in the Bronx is over and done with.  She is mortified because about a year and a half ago rumors surfaced about Smart dipping into gay massage parlors in NYC and at the time Lopez refused to believe the worst. Now she’s realizing that she should have listened to her friends and family who have warned her about Smart from the jump. Do you think that this relationship is unofficially over? Tell us your thoughts in the comments below!