Kim Kardashian Was Absolutely Miserable On Her Honeymoon With Kanye West 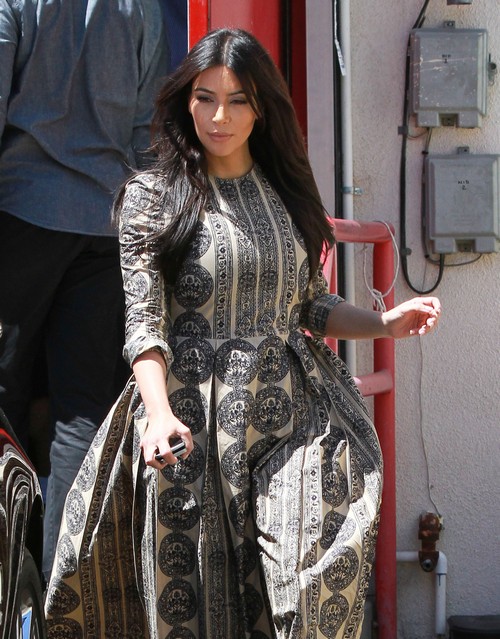 Leave it to Kim Kardashian to complain about a trip to Ireland! Rather than spending her honeymoon in a typical tropical paradise Kanye West instead decided to whisk his future ex-wife off to the Emerald Isle to celebrate and apparently it was a huge mistake. Supposedly Kim had visited the country before with Kanye and claimed to love it so he thought it was the perfect spot to spend quality alone time together. According to Radar Online Kim had other ideas and frequently was on the phone with momager, Kris Jenner to complain about the miserable trip.

Aside from the weather not cooperating all that Kim really wanted to do was shop but Ireland doesn’t exactly have the first class boutiques that Kimmie expects to visit so even that activity was ruined for her. How bad was the honeymoon? Bad enough for the couple to see two movies in one day rather than sightseeing. Kim also talked Kanye out of a guided tour that he had booked. Apparently her misery was palpable and I’m not sure who was happier to see her leave for home- Kanye or Kim herself.

Are you surprised that Kim was miserable on this trip? I have to say I was kind of surprised by the location because it hardly seemed like a place that Kim would choose to visit. There was no beach with bikini moments built in for the paparazzi to snap photos of Kim baring her assets. If she’s not shopping or half naked then it seems like there’s really not very much to Kim that’s worth paying attention to, right? How long before Kim and Kanye split? Tell us your thoughts in the comments below!