Miranda Lambert’s Hot New Body Helped To Save Her Marriage 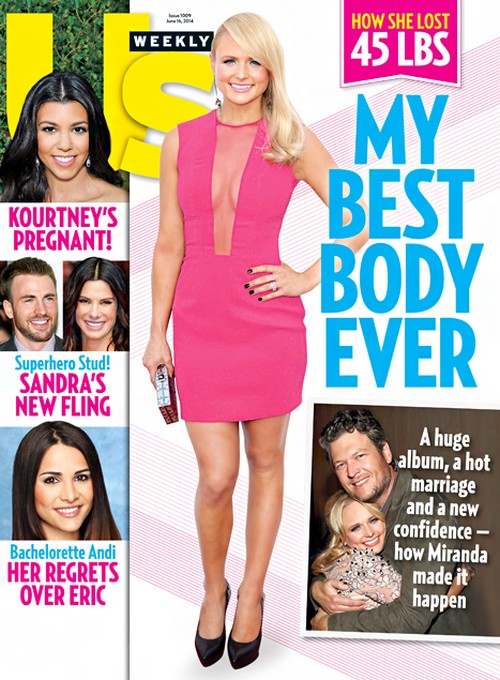 Have you guys seen Miranda Lambert lately? She has dropped a gaggle of weight and seems to be basking in a renewed sense of self confidence doesn’t she?  2014 seems to have ushered in a new and improved Miranda and hopefully this version will stick around. Girlfriend seemed to have spent most of last year defending her marriage to Blake Shelton and insisting that she checks his phone regularly and has people spy on him- that’s how she knew that he was loyal! That sounded a bit unhealthy and luckily Miranda decided to focus on something that she could control, her own body.

According to the June 16th print edition of US Weekly Miranda decided to whip herself into top form and in the end it also has helped to save her marriage. Instead of obsessing over what her husband could be doing Miranda is now reminding him that she is hotter than ever and has other options too. Instead of chasing younger blondes on the road Blake is a bit more anxious to get home to his wife.

We have been hearing rumors for awhile know about Kourtney Kardashian being pregnant with baby number 3 and according to the June 16th print edition of US Weekly it’s true. The mother of two is reportedly due in December and this baby was definitely planned. Baby daddy Scott Disick went through a rocky few months after losing both of his parents and Kourtney was there to help get him through it. The worst is over and the couple wanted bring another new life into the family.

Have you been watching the latest installment of The Bachelorette?  If so you’ll be interested in how the death of Eric Hill, one of the guys contending for Andi Dorfman’s heart has affected her. Do you think that the Bachelorette will be revitalized by this current season or is it already time to pull the plug on ABC’s show? Tell us your thoughts in the comments below!