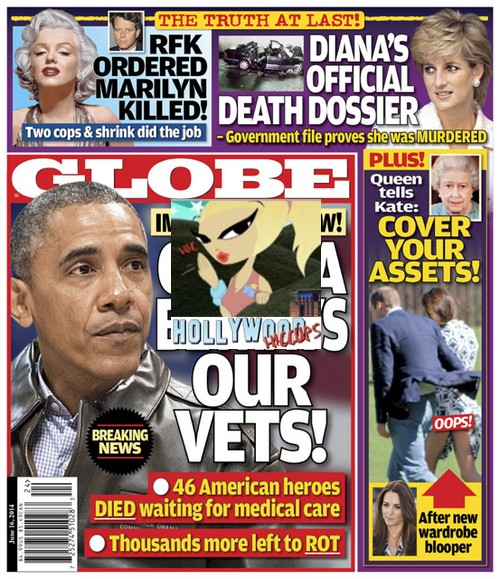 Queen Elizabeth must really love Kate Middleton because even in the midst of a scandal she still seems to handle her pretty graciously. Kate has been the subject of upskirt photos how many times now? Then there was the topless photo set that was sold and published nearly two summers ago. Any way that you slice it, we have seen a lot more of Kate than we have seen of any other royal and it seems to happen fairly often. That has led some royal watchers to question whether or not she does it on purpose. Don’t forget before becoming the refined Duchess of Cambridge Kate was kind of a wild party girl and that inclination never goes away completely.

According to the June 16th print edition of Globe Magazine Queen Elizabeth is ordering Kate to cover her assets once and for all. She has also hired a special handler to make sure that Kate’s dress stays exactly where it’s supposed to. This isn’t the first time that Elizabeth has taken charge of how Kate appears. About two years ago she suggested that the duchess drop her hemlines just a little bit because she thought that her dresses were too short for a royal.

Also in the June 16th print edition of Globe magazine you can read more about what is in the dossier that was created after Queen Elizabeth ordered a special investigation into Princess Diana’s unfortunate death. We have heard that her findings seem to prove that Diana was the victim of a targeted hit and that Elizabeth gave the file to Prince William. As Diana’s oldest son Elizabeth believes that it is up to William whether or not to follow through on tracking down Diana’s alleged killers.

Was Marilyn Monroe murdered do to her involvement with the Kennedy family? It has been long rumored that she was a victim of foul play rather than a drug overdose casualty and the Globe has the latest findings in the ongoing investigation. Grab yourself a copy of the latest issue of Globe but in the meantime, do you think that Kate secretly likes the attention that nude photos bring to her? Tell us your thoughts in the comments below!