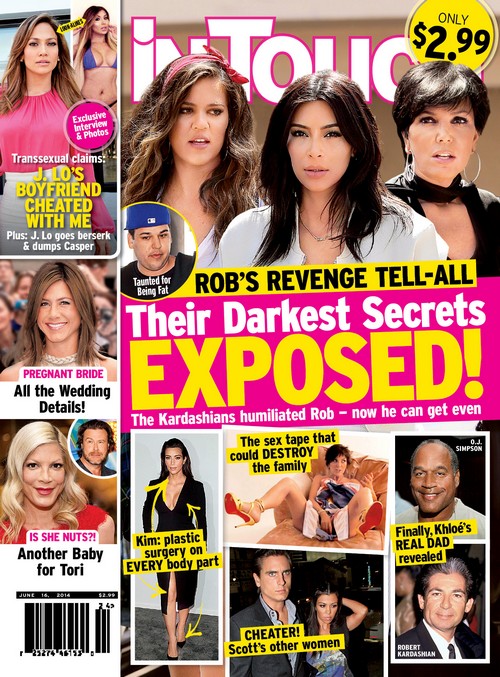 I have been saying for awhile now that Rob Kardashian might be the key to unraveling the entire Kardashian family. He has been treated like an outcast for the better part of two years now and this guy has all of the dirt that momager Kris Jenner has worked so hard to keep under wraps. It seems that his ill-fated trip to Paris that ended with him quickly returning to L.A. Before his sister even swapped vows with Kanye West has left a lasting imprint on Rob. According to the June 16th print edition of In Touch magazine Rob has decided that it’s time to tell his story, basically the truth about how he was raised and how his family actually works behind closed doors.

Think about it, all of those scandalous stories like who Kloe Kardashian’s real father is or how many women Scott Disick has actually cheated with- Rob has a pretty good handle on all of the answers and imagine the drama if he goes through with the offer on the table and decides to dish the dirt!

It looks like Jennifer Lopez is about this close to kicking her boytoy of three years, Casper Smart to the curb. In the last week allegations have come out regarding his flirtations with not one but two different transsexuals. It’s the kind of public humiliation that Lopez really doesn’t need and according to In Touch magazine she is now wishing that she had listened to her friends and family members that though Smart was really no good for her.

Is Tori Spelling crazy enough to want a fifth baby with her confirmed cheater of a husband, Dean McDermott?  Supposedly it’s true and hey, it would ensure that True Tori is picked up for another season, right? Do you think that her latest “reality” show is the best acting gig that Tori has ever had or did you think it was real? Tell us in the comments below!