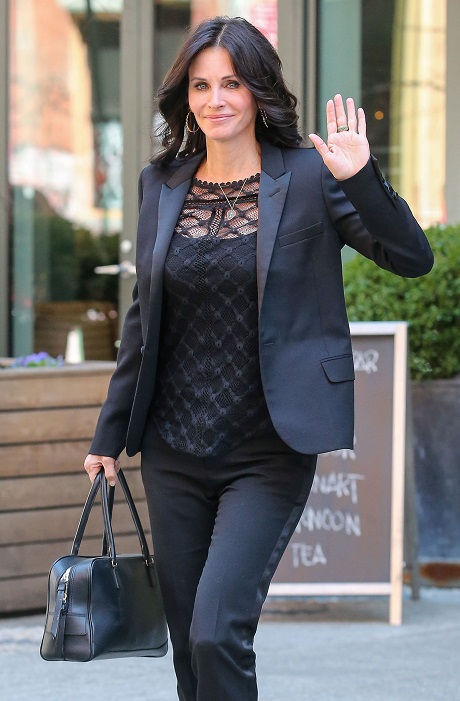 Courteney Cox and David Arquette may have had a difficult divorce, but Courteney’s not wasting any time with her next marriage. She and Snow Patrol guitarist Johnny McDaid are reportedly getting prepared to get married after less than a year of dating.

Apparently, Courteney and Johnny have already discussed the possibility of an engagement, and both of them are keen on the idea. Plus, sources close to the couple state that everyone in Courteney’s friend and family circle loves Johnny, which will obviously make it easier for him to integrate into her life.

The sources even added, “Johnny loves her daughter Coco, and he wants to marry Courteney. They have discussed getting engaged and everyone thinks it is going to happen.”

Apparently, Courteney’s friends [particularly Jennifer Aniston] like Johnny much more than David, who many of them weren’t that fond of. Even though Courteney and David have remained on amicable terms since the divorce, Jennifer is reportedly relieved that she no longer has to pretend to like him, and she’s egging Courteney on to get engaged to Johnny, who she thinks is a much better guy. Man, David’s not going to be too happy when he hears that.

Johnny and Courteney were first spotted together in the winter of 2013, and they started dating soon after. There haven’t been any rumors of major fights or arguments between the two, and they seem like they have a pretty stable relationship. Sure, he’s a lot younger than her, but it’s about time actresses dated and married younger men without judgment from the industry and the public. Plus, Courteney recently stated that she ‘couldn’t be happier‘ with Johnny, and everyone deserves their shot at happiness and love.