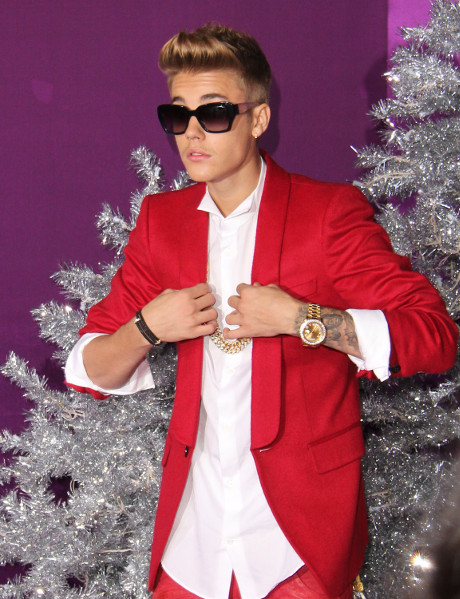 I’d like to see Justin Bieber try to wiggle out of this one. Just days after a video leaked showing Justin making an extremely racist joke involving the ‘n-word’, yet another video has leaked, and this one is much, much worse. The video was reportedly acquired by the Sun, and it’s one heck of a black mark against Justin’s reputation and career.

The clip shows him changing the lyrics of his 2009 single ‘One Less Lonely Girl’ to ‘One Less Lonely N*****’. He then turns the song into a long prose about killing black people, before adding a joke about wanting to join the Klu Klux Klan.

Does Justin even know the history behind the KKK, or is he just invoking the name because he thinks it makes him sound cool? The little shit clearly hasn’t learned his lesson, and if anything, his behavior’s just gotten worse since these videos were taken.

After the first video, his team claimed that he was a naive 15-year-old and he didn’t know any better. But he was clearly older in this video, so shouldn’t anyone have sat him down and discussed the basic tenants of right and wrong with him? Especially with him being in the spotlight and all?

He’s supposed to be a role model to millions of teenage girls, but I can’t imagine anybody supporting him after the one-two punch of these videos. In fact, his team is probably scrambling to contain this story, but the damage has been done. There’s simply no way for him to recover from joking about KILLING minorities and joining the KKK, one of the most notorious white supremacist groups in the history of mankind. It just caps off a horrible couple of years of Justin, filled with controversy over his obnoxious and spoiled behavior.