Kendall Jenner Naked For Interview Magazine – Kris Jenner Can’t Wait To Get Her In Playboy Next! (PHOTO) 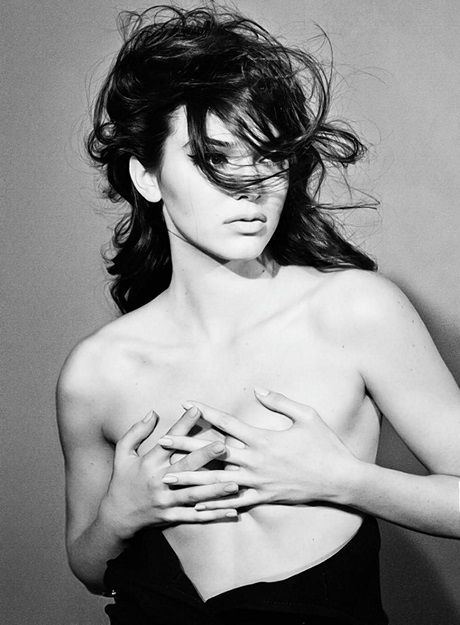 Kendall Jenner‘s on a roll, isn’t she? First she makes several public appearances dolled up to the nth degree, and then she poses naked on the cover of Interview Magazine. It’s all a part of her global bid to be accepted into mainstream media and be declared a legitimate celebrity. Unfortunately, the fact that she’s a Kardashian will continue to hold her back for some time, at least until she’s proven that she actually has a career and job that doesn’t revolve around posing for paparazzi.

She also adds that Bruce Jenner, her father, taught her and her sister to be workaholics, but I’m not sure that starring in a reality show and posing for cameras would constitute ‘hard work’, especially in this day and age. But with that being said, Kendall actually does seem to work more than her sisters, especially since she has a semi-legitimate and successful modeling career now. Sure, she built her career off her fame and family name, but she is at least making her own money from an actual vocation – something that her sisters can’t claim. Now, if only she were able to publicize her modeling exploits without posing topless on a magazine cover.

What do you guys think of Kendall’s ‘Interview’ cover? Do you think it’s too risque, or is it acceptable for the just-turned 18-year-old Kendall to be participating in such shoots? Let us know your thoughts in the comments below.