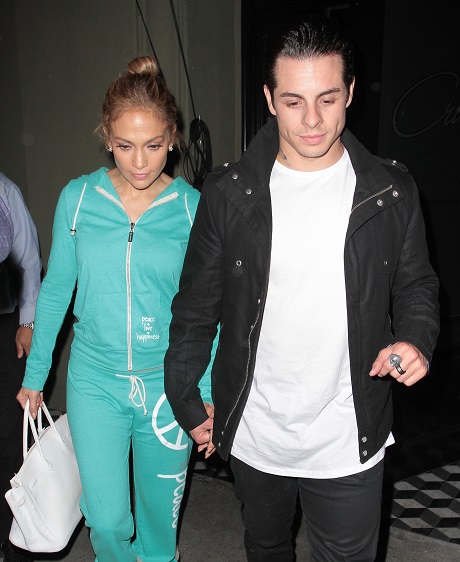 It’s about freaking time! Jennifer Lopez and Casper Smart have split up, after two and a half years of dating. Two and a half years! That guy was her backup singer, and she ended up nearly engaged to him at one point. Then again, J.Lo never did have the best taste in men, did she?

According to reports, Jennifer and Casper officially called it quits before her concert in Bronx on Wednesday, but some sources are suggesting that they’ve been broken up for several weeks. Page Six quotes sources explaining, “Jennifer and Casper broke up in April around the time of her show in Dubai, but he was trying to win her back, and they continued to spend time together. He has been around. But in recent weeks the split has become final, and he has been slowly moving out of her home. The split is amicable.”

Of course he was trying to win her back – she was his only claim to fame, and I’m pretty sure he also got his income/pocket money/salary from her. And now, he’ll be forced to find a real job and a real career as opposed to just riding Jennifer’s coattails.

Apparently, Jennifer never announced the news of the split when it first happened because she didn’t want it to draw attention away from her charity work and her concerts, but Casper’s penchant for sexting transsexual women online caused that plan to backfire. Obviously, news of Casper’s sexting went public, and Jennifer had to risk being embarrassed or tell the truth. If she didn’t say anything, people would assume that Casper cheated on her – and with Internet models, no less. But since she did announce that she and Casper broke up a few weeks back, she’s disassociating herself with the scandal. Unfortunately, Casper can’t get out of the situation so easily, but without his connection to J.Lo, will anyone care about what he’s doing or who he’s sexting?