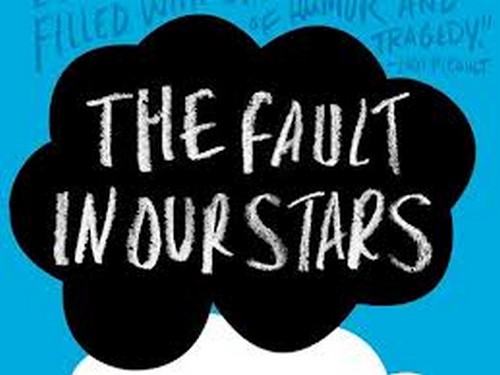 The Fault In Our Stars proved that female-led films can hold their own during the summer box office, something Hollywood executives refuse to acknowledge on a year-by-year basis. However, 2014 has been a vast improvement on 2013, when The Heat was the only female-led film playing over the summer. But perhaps the gigantic success of Gravity, Frozen, and Catching Fire [the 6th, 3rd, and 1st movies at the box office last year, respectively] helped them realize that women go to see movies, and oftentimes turn out in bigger droves than men when there’s something they really want to see.

This summer, we’ve already had Maleficent, which is a huge success, and now The Fault In Our Stars, headlined by Divergent‘s Shailene Woodley. The Fault In Our Stars ended up making $48 million for the opening weekend, besting Tom Cruise‘s Edge of Tomorrow. Edge of Tomorrow actually came in third place with $29 million, and Maleficent ended up grossing more in its second weekend. Again, here’s hoping Hollywood finally gets the memo.It’s especially interesting to note the disparity, because Fault In Our Stars only cost $12 million to make whereas Edge of Tomorrow reportedly cost more than $150. And despite the strong reviews for both films, Fault In Our Stars’ fan frenzy handily beat the buzz for Edge of Tomorrow. Now, Edge of Tomorrow’s failure could be attributed to many things, but the number 1 reason being thrown around is that Tom Cruise is no longer the draw he used to be, especially outside the Mission Impossible franchise.
Of course, the real test will be the long-term grosses of both these movies. Even though Fault opened to nearly $50 million in three days, will it manage to get over $100 million with precipitous drop-offs over the following few weeks? Granted, there’s not much direct competition for the movie over the next few weeks, which will no doubt benefit its’ long-term box office prospects.

Edge of Tomorrow, on the other hand, has much more gloomy overall prospects. Even though the international box office is making up for the lack of domestic success, there’s so much competition in the form of movies aimed at young men over the next few weeks, and it’s likely that EOT just doesn’t have the legs it needs to get over a $100 million. Despite its strong buzz and good reviews, there’s just a glut of sci-fi and action films in the marketplace right now, and that will definitely hurt EOT’s total box office.