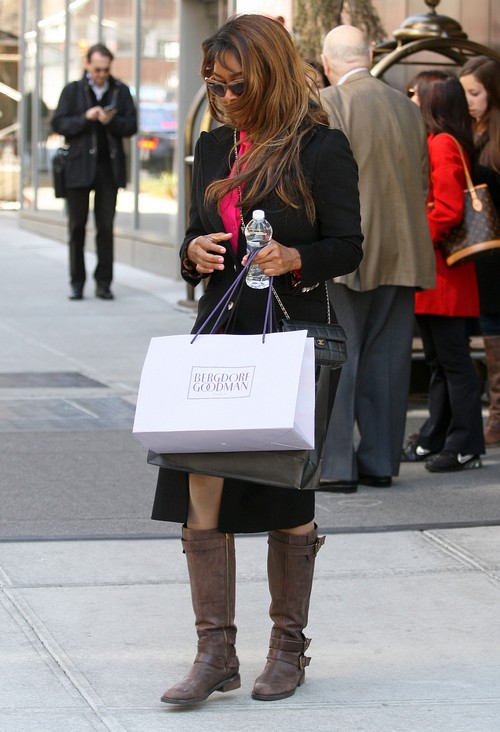 If you’re a fan of The Real Housewive’s of Atlanta then you already realize that Kenya Moore‘s participation in the show has hinged on other cast members. She has spent time either throwing shade at Porsha Williams or lusting after Phaedra Parks con-man husband, Apollo Nida. In order to stick around for another season girlfriend had to come up with some sort of story line of her own to justify her participation and so rumor has it that Kenya has a new fiance.

No, I don’t mean that she’s happily in love and ready to run off into the sun set with Mr. Right. What I’m saying is that Kenya has hooked up with a hot German model named Marvin and that Bravo producers are busy securing a work visa to bring him to the states. Once that happens she will return to the states with her fiance. In the meantime Kenya has learned her lesson about creating proof and so the duo is vacationing in Europe together as she Instagrams every moment.

This isn’t the first time Kenya has bribed a man to be on the show with her either. Two seasons ago she had a boyfriend named Walter who later claimed that he was paid nicely to film scenes with her. Are you guys surprised that Bravo would again stoop this low to ensure that Kenya has something going on in her life? Wouldn’t it be easier to bring in a new cast member with something legitimate to bring to the table? Tell us your thoughts in the comments below!