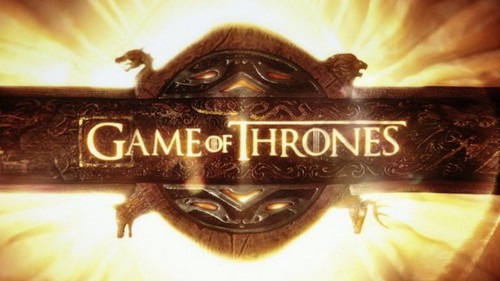 Did you miss the most recent episode of Game of Thrones — Game of Thrones season 4 episode 9 “The Watchers On The Wall” If so, don’t worry! We have a great review for you here.

Sam and Jon are on the wall having a conversation about love,marriage, and sex. Jon tells Sam that he still loves Ygritte and doesn’t want to battle with her. Sam tells Jon that he loves Gilly and never wants to be without her again. Jon finally tells Sam to go get some sleep seeing as how it’s nighttime and all.

Over at the Wildlings camp Ygritte is just sharpening her arrows to a very sharp point. Ygritte makes it clear that she and she only will be the one to end the life of Jon Snow.

Sam has a quick chat with Aemon and in his way back to the wall he sees Gilly talking to Pyp who is refusing to let her come in. Sam puts a quick end to that and brings her in, where later he hides her in a pantry but not before snagging a kiss.

The Wildlings are ready to attack and Jon sees the fire in the woods and knows the moment of truth has finally arrived.

It’s a lot of fighting and all out brutality. The Wildlings have giants on wooly mammoths for pity’s sake. They Wildlings are not going to go peacefully. They are straight up barbaric. The first giant who throws a arrow ends up nailing some guy who lands on the other side of the wall. Jon and Styr end up fighting one another and Jon finally ends his life with a hammer smash to the head. Sam and Jon both know they won’t be able to hold the Wildlings off for much longer.

Ygritte sees Jon kill Styr and them aims a arrow at him, Jon sees this as well as the arrow she ends up taking to the chest. Jon runs to her and stays with her reminding her of happier times as she dies in his arms.

After what seems like overkill and way to many characters dead Pyp and Grenn
included it’s finally over. Well at the wall It’s over. For whatever reason Jon has now decided to go hunting for Mance Rayder. Sam tries his best to talk sense to him but he won’t listen and out the front gate Jon Snow goes.

By the way we also are reminded that Daenery’s is not the last or the only Targaryen, Aemon is. When Aemon decided he wanted to defend the wall he sent Aegon into a tail spin if madness. Which led to Ned Stark and Robert Barantheon trying to overthrow him, which the led to Jamie killing Aegon. The Targaryens were then sent to land far far away. To put it in simple terms this dudes need to sit on a wall is what set this whole bloody game of murder and revenge in motion.

If you want to know what is going to happen in next week’s season 4 FINAL episode our sister site, Celeb Dirty Laundry published juicy spoilers and a sneak peek video.