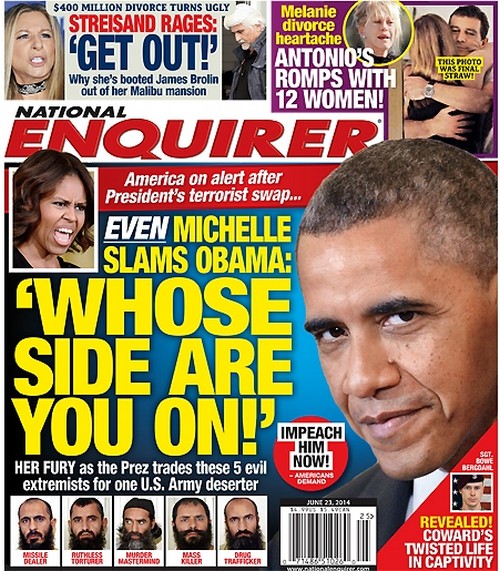 The more we learn about Melanie Griffiths marriage to Antonio Banderas the more it seems that girlfriend should have pulled the plug many moons ago. Antonio has always been rumored to be a womanizer but the fact that these two had a smoking hot romance seemed to calm the rumors and led most of us to think that Melanie might have actually tamed him. Or at the very least figured out how to keep his attention only on her. Sadly that seems to not be at all the case.

According to the June 23rd print edition of The National Enquirer it was a recent photo of Antonio hugging a hot actress that made Melanie see the light. It gave her the visual image necessary to believe that while struggling for the last two years to keep the marriage on track her man was completely disloyal. After Melanie really sat back and took an honest look at her life she realized that she has caught Antonio with at least 12 other women! Twelve! No wonder once she started to take a cold look at reality she decided to file for divorce so quickly!

According to the Enquirer another Hollywood marriage is crumbling- Barbra Steisand and James Brolin’s long running romance has hit the skids in recent months. Arguments over their grown kids seems to be at the root of a lot of their trouble and one recent fight was so bad that Streisand actually threw Brolin out of their Malibu mansion. Maybe if they allow their boys to make their own mistakes and simply focus on their life together they can get things back on track. Unfortunately until then divorce talk is rampant. Are you surprised that Melanie put up with Antonio’s cheating for so long? Tell us your thoughts in the comments below!