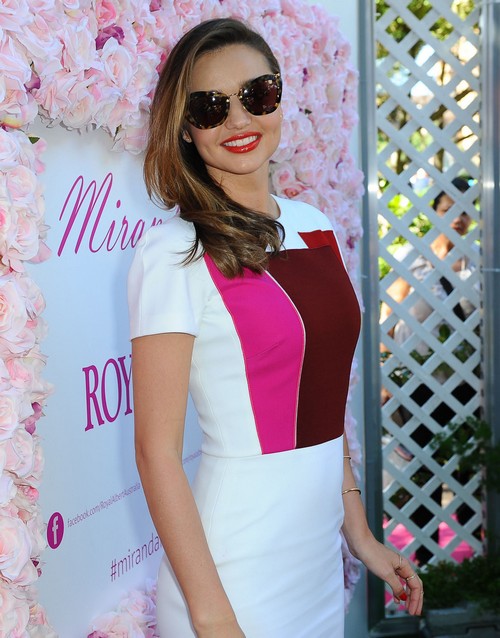 Miranda Kerr has joined the bandwagon of celebrities who are trying to prevent the paparazzi from taking pictures of their children. Miranda’s son, Flynn Bloom, isn’t even 3 years old yet but he’s already become the target of photographers who used to obsess over getting shots of Miranda and her ex-husband, Orlando Bloom. But the questions she raises are interesting – since Flynn never signed up for this, shouldn’t he be exempted from getting his photograph taken, especially at 3 YEARS OLD?

Miranda covers the latest issue of Vogue Australia, and as such, discusses these topics in her accompanying interview. She explains, “Privacy is the most important thing, especially being a mother; when I have an off-duty day, it’s challenging if there are photographers around. It becomes a circus and I don’t want that for Flynn. Can you imagine being a builder and having to build on your day off? I get my photo taken for a living, and when I have a day off, they’re still taking photos. This is something most celebrities with children complain about, and I think they all have valid points. Sure, Miranda may call the paparazzi sometimes, but that’s her decision, not her son’s. She doesn’t have a right to complain about paparazzi taking photos of her, but what can she do if they decide to snap photos of her toddler son as well? And let’s just say that she called the paparazzi knowing they would take photos of her son – should little Flynn suffer because his parents are using him for a media spin?

See, there are so many different facets to this issue that you can explore. However, I appreciate that instead of complaining about paparazzi harassment, Miranda accepts that it’s part of her job to be photographed – and she’s only saying that she wishes her baby was left alone, a sentiment I think most people, especially parents, would agree with.