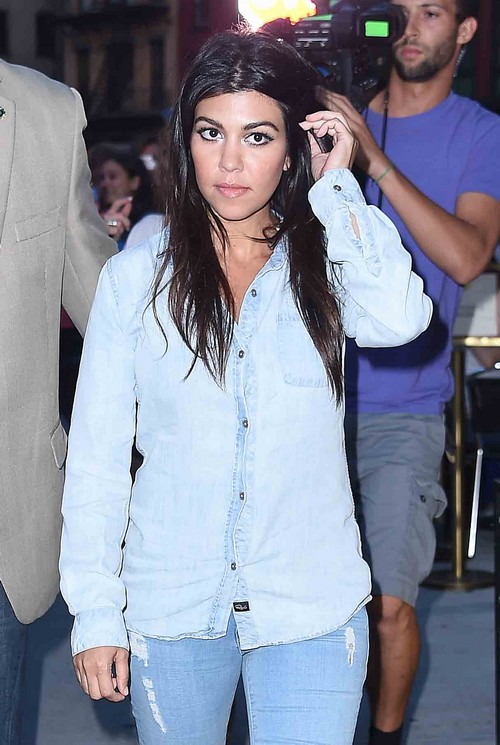 According to reports, Kourtney Kardashian has enough of Scott Disick’s drinking and partying. In Touch Weekly’s sources suggest that Kourtney is giving Scott an ultimatum: stop drinking or get divorced.

Uh-oh, looks like there’s trouble in paradise. Or trouble in the least messed up Kardashian relationship, at least. Kourtney and Scott have always had issues, but they’ve also been the most solid couple in that entire family. However, it looks like Scott’s excessive partying may finally be getting to Kourtney.

Apparently, Kourtney even kicked Scott out of their rental home in the Hamptons this weekend. However, a source tells TMZ that the couple is not likely to get divorced, explaining, “Same old s**t. They fight, get back together, he parties, she doesn’t like it.”

That pretty much fits the mantra of Kourtney’s and Scott’s relationship. Just one day after Kourtney kicked him out, she posted an Instagram photo praising his skills as a father – and I don’t think she was just saying that because it was Father’s Day.

Either way, the on-again/off-again nature of their relationship probably won’t change, especially since they’ve been together so long. This seems to work out for them, and it seems to inject some of the drama back into their lives. And since we’re talking about the Kardashians here, we already know they can’t live without drama. With Kourtney and Scott, partying, breakups, and fights have just become a way of life. Hey, it’s better this than to hear about them getting divorced, followed by endless PR-planted stories about their new relationships, their awkward run-ins, their jealousy, etc. etc.