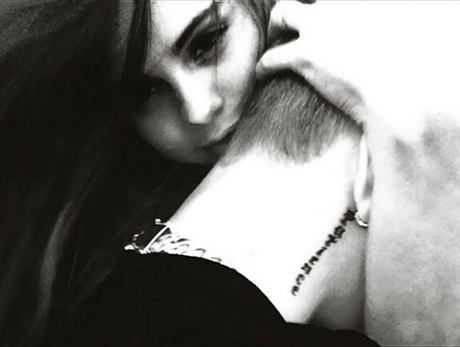 Selena Gomez‘s party was reportedly crashed by the cops after neighbors called to complain about the noise. Looks like Selena is learning from the best, a.k.a. her idiot boyfriend, Justin Bieber.

Selena reportedly hosted a ‘rager’ at her home in Los Angeles, but the cops were called after the noise levels attracted the attention of Selena’s neighbors. But is this coming as a surprise to anyone? Anyone at all?

We could see Selena’s downward spiral coming from a mile away, ever since she got back together with Justin. That guy is literally the epitome of ‘bad influence’, and he’s been busted for having loud parties more times than we can count. Selena’s been to enough of these ragers, and she obviously knows how to throw one now.

It’s truly unfortunate to see such a seemingly bright and funny young woman follow the path of such an obnoxious and destructive douchebag. But you have to wonder how bright Selena can really be if she continues going back to Justin, even after he’s shown the world his true colors.

According to several recent reports, Selena’s family is also blaming her non-stop partying on her reunion with Justin Bieber. They’re trying to get her to stop seeing him, but she’s already kicked them out of her house. She clearly isn’t willing to listen to reason right now, no matter how many times she’s presented with logic. You know how they always say that love is blind? In this case, love is both blind and stupid. Although Selena didn’t get arrested for this particular incident, it’s only a matter of time before she ends back in rehab or worse, in prison.