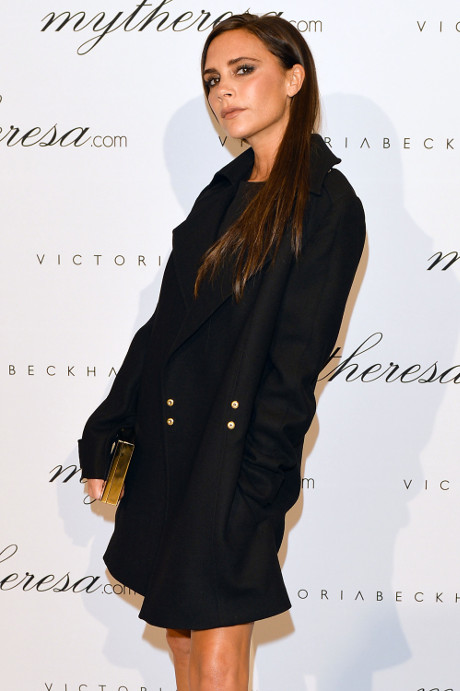 The number of dwindling friendships and feuds in Hollywood would put most high schools to shame.  And according to a new report from OK! Magazine, we can add Heidi Klum and Victoria Beckham to that list of celebrity feuds.

Heidi and Victoria were friends when Heidi was still married to Seal, but that apparently didn’t last after Heidi’s divorce. A supposed source tells OK!, “Since Heidi Klum and Seal split, Victoria Beckham has no interest in continuing the friendship. She thinks Heidi hasn’t been herself since the divorce.”

Apparently, Victoria Beckham is a giant prude who doesn’t ‘approve’ of Heidi’s long list of younger boyfriends nor her ‘exhibitionist selfies‘. So now, Victoria just pretends to be BFFs with Heidi every time they’re in public together, but it’s just a show put on for the media and the press.

Uh-huh. First of all, maybe Victoria should look at herself first before deciding to judge others? She would be the most hypocritical prude ever, considering her own exhibitionist ways when she was younger and the hunk of concrete that she got taken out of her boobs. Yes, she’s dressing more demurely now, but that’s because she’s a successful  business women, not because she’s developed a sudden case of conservative behavior.

Either way, Heidi and Victoria’s feud [whether true or not] wouldn’t be the first time former BFFs turned into frenemies, especially in Hollywood. The likelier explanation for their feud is that Heidi’s jealous of Victoria’s business success and steady marriage, and she wishes that she could have had the same thing. Remember, both of these ladies live in a very superficial environment, and success dictates your hierarchy among in the environment.