Kanye West Rails Against President Obama In Another Rant 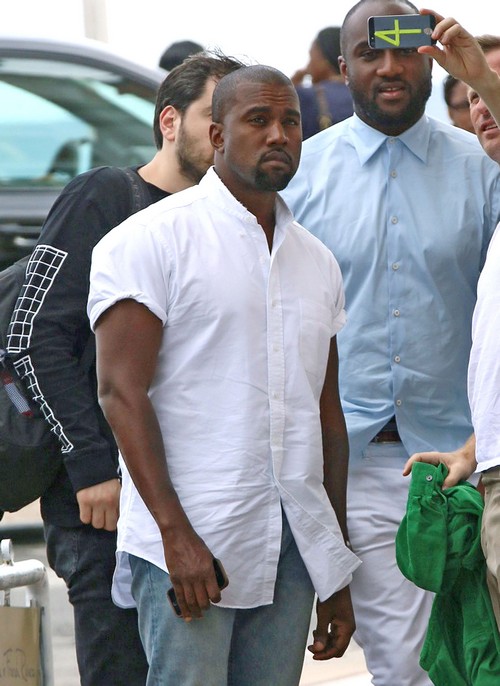 Kanye West‘s rants have almost become a work of art, that’s how refined they are. By now, we all know exactly what to expect in a Kanye rant, which is lots of incorrect grammar, lots of expletives, and lots of inane reasoning that makes no sense.

In his latest rant, Kanye has railed against President Obama, probably as a retaliation for calling him a jackass. In an interview with Power106 FM, Kanye stated some powerful claims, including, “You do not want to go against the power. I’m working on one mission, and that’s a mission from God. We’re moving to the future. [And] I’m gonna be the anchor.”

You think he hears himself when he talks like this? Or does he just think every word coming out his mouth is brilliant? Kim Kardashian probably pretends that it is, since she’s terrified that he’ll leave her.

What’s even worse than Kanye claiming that he’s the ‘anchor’ of the future are his words against President Obama. He stated, “You can’t effect change from inside the White House like that . . . You gotta have the money. Good ideas usually aren’t connected to money as much . . . Creativity and extreme genius are extremely cheap.”

Right, let’s take Obama out and put Kanye West in. I’m sure we’ll be treated to this ‘extreme genius’ when it’s actually time to do something, and put his words where his mouth is. Of course, Kanye would last all of a few minutes in the White House, since he has neither the temperament nor the intelligence to be the president. And here he is, claiming that he’s more of a genius than President Obama. When it comes to music, maybe. But dude, you’re talking about the freaking president here. I know he called you a jackass, but show him some respect. Geez.