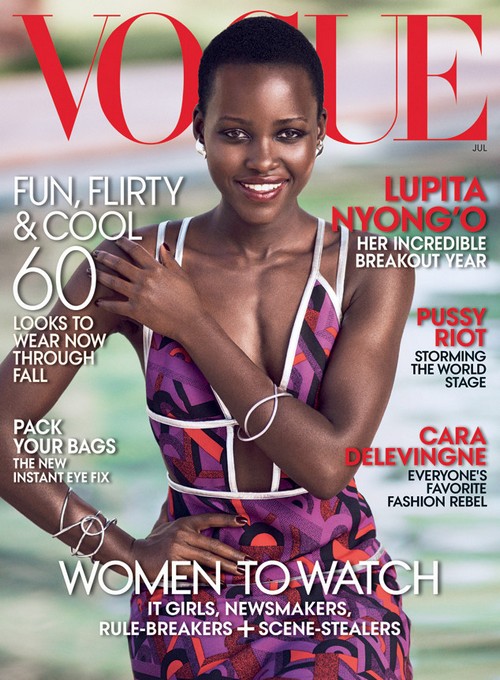 It’s refreshing to see Lupita Nyong’o achieve so much success after her breakout role in Twelve Years A Slave. Many people predicted that after her Oscar win, she might fade into the background, with horrible articles in the Hollywood Reporter quoting horrible sources in the industry who claimed that she was ‘too dark’ to work in Hollywood. Um, screw you, sources! Lupita’s proving you wrong!

She’s already landed a Lancome deal, so she’s pretty much set as a fashion darling for the next few years, at least. And she won’t have to suffer for money, either, which will allow her more freedom in choosing roles.

Career-wise, she’s already got Star Wars, which will enable her worldwide visibility and franchise credibility for the next ten years, at least. She’s locked in for three films, and Star Wars is one of the few brands that’s pretty much guaranteed to make a bajillion dollars worldwide, so she’ll be rolling in cash by the end of the franchise.

Other than that, she’s also optioned the critically acclaimed book ‘Americanah’, with Brad Pitt‘s production company producing. If done well, Lupita could be coming for another Oscar nomination very soon. Plus, she has a voice role in the upcoming Jungle Book, which has other A-listers like Scarlett Johansson on board.

Basically, Lupita’s doing extremely well on all fronts, with both her status as fashion darling and industry up-and-comer secure. Man, I love it when idiots in Hollywood are proven wrong.

As part of her incredible breakout year, Lupita covers the July issue of Vogue Magazine, one of the few times that a black actress has covered the magazine. Lupita discusses everything from her career to the red carpet in the interview, but when it comes to Star Wars, all she’ll say is, “I’m going to a galaxy far, far away.”

Well, I guess we don’t need any more than that. Go Lupita!