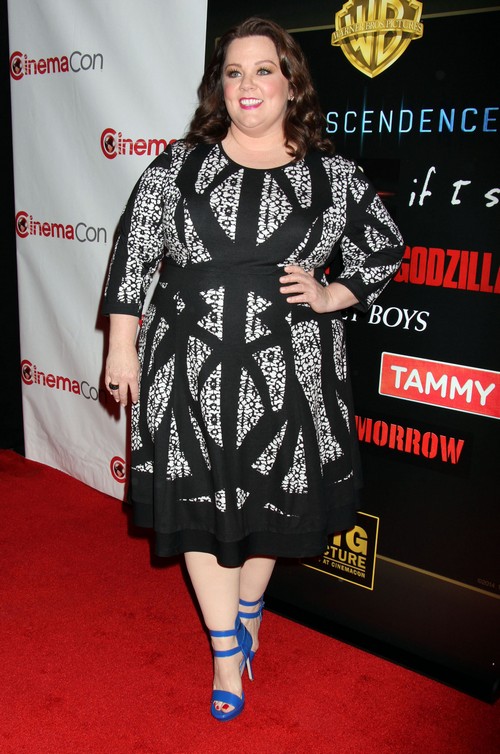 Melissa McCarthy is promoting her new film Tammy, and she covers the latest issue of Rolling Stone Magazine. In the interview, Melissa touches upon her Oscar-nominated turn in Bridesmaids. Melissa can probably thank Bridesmaids for giving her the boost needed for her career, which enabled her to land Identity Thief and The Heat, both of which have made her one of the highest-earning comedic actresses in Hollywood today.

However, Melissa didn’t just get handed the role in Bridesmaids, she had to fight for it. And how did she fight for it? Well, by bringing up dolphin sex, of course. She explains that after the audition, she kept berating herself in the car, telling herself, “There’s not one thing you could have done to seem any stranger. Sex with a dolphin? Handplay with a dolphin! You just could not have been any weirder.”

Well, all that talk over dolphin sex won her the role. In the end, I feel like comedy auditions are all about showing that you can improv, and we already know that Melissa is terrific at that. Apparently, she improv’d a lot of her lines in Bridesmaids and The Heat, and it shows. Her chemistry with her co-stars is always excellent, and it’s good to see women who are talented succeed in Hollywood. More often than not, the industry gives precedence to looks over acting ability, but that’s really started to change recently. More and more, actors and actresses are forced to prove that they’re right for the part, no matter what they look like or who their parents are.

What do you guys think about Melissa’s interview? Let us know your thoughts in the comments below.