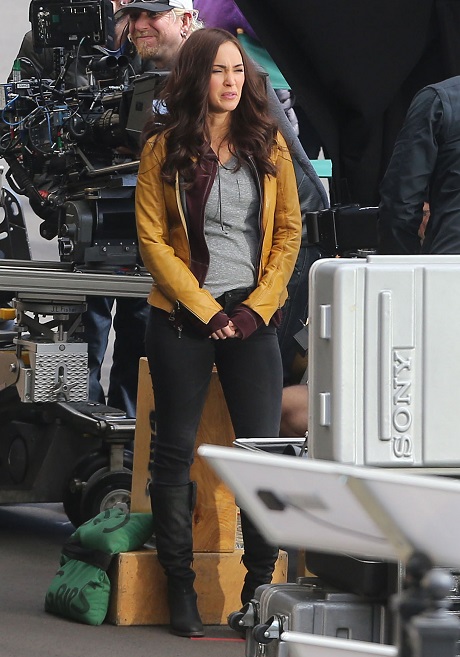 Megan Fox took a long break from Hollywood while she gave birth to two babies, but she’s back in cinemas this summer with Teenage Mutant Ninja Turtles. However, Megan recently revealed in an interview that she’s not ever planning to return to acting full-time, and prefers to spend time with her family over concentrating on her career.

She explained that her plan for the future was to do one movie a year, and that too, they would have to be ensemble films so she didn’t have to spend much time on set. It seems that all of her concentration is on her new baby boys, 2-year-old Noah and baby Bodhi.

Megan stated, “I’m looking for movies that will shoot in Los Angeles, for projects where I’m part of an ensemble so I can shoot in and out in 10-20 days. It’s all about trying to spend as little time away from my kids as possible.”

Well, Megan’s certainly sticking to her words. Her last movie before this was ‘This Is 40’ in 2012, and her role in that was very minor. She hasn’t done any films since then, but she did film TMNT while she was pregnant with her second child. The production was reportedly very accommodating of her pregnancy, and she said that she was very happy to keep all her clothes on, a far cry from her role in the Transformers films.

Overall, Megan never seems to have had much of an investment in her career – not to the extent that most other actresses from blockbuster franchises do. Instead, she seems content to spend time with her family and her two children. Honestly, I wouldn’t be surprised to see her and Brian Austin Green having much more than two children in the future. And plus, she has enough leftover money from the Transformers franchise to last her several lifetimes.