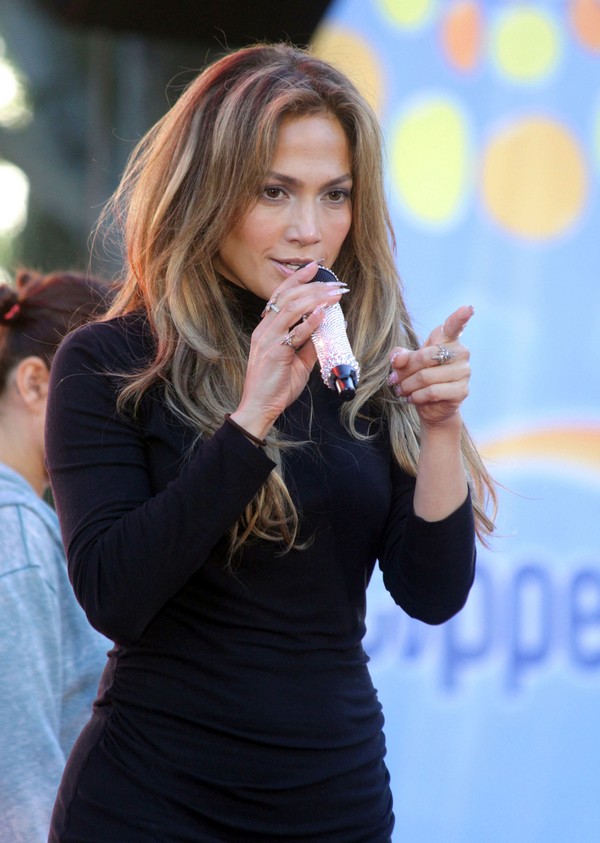 Did anyone expect Jennifer Lopez to be single for very long? My guess is no and by the time we were hearing that she had kicked Casper smart to the curb she probably already had a fling or two under her belt. Jen has always had a thing for bad boys and rappers so the fact that she is spending quality time with T.I. Actually makes sense. According to the June 30th print edition of Life & Style magazine the rapper is currently separated from his wife, Tameka “Tiny” Harris and has been sorting out his own family mess.Apparently Jen and T.I. Have bonded over their kids and feeling like a failure in previous relationships and from that a real connection has formed. Plus Jen loves the fact that this guy is established and can spoil her a little bit. She spent the last 3 years providing for Casper and creating jobs for him and so she is thrilled to be hanging out with a successful man again. Sources close to the two say that this is one of those pairings that could easily turn into a real romance.

Do you think that Jen should be toying with the idea of dating T.I or should she keep it moving while he figures out his family situation?  Will this ultimately amount to a friends with benefits fling for these two or do you think that Jen is hoping for a bit more?  Jen always moves on immediately. Perhaps that’s part of her problem, every relationship ends up being so serious. Should she instead take a break from men for awhile and focus on her kids and career instead? Tell us your thoughts in the comments below!