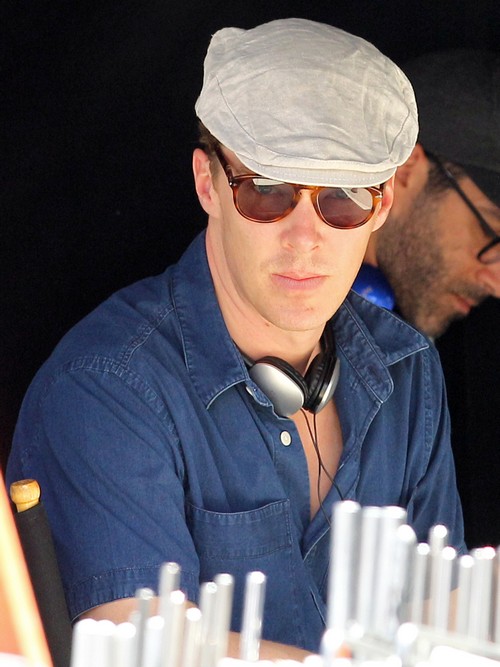 Benedict Cumberbatch is about to become an Oscar nominee for the first time, if the early buzz for The Imitation Game is accurate. Many people assumed that Benedict might make a run for awards season last year, before the Fifth Estate premiered. However, the film opened at the Toronto Film Festival to lackluster reviews, even though most people praised Benedict’s performance. This time around, however, it seems like he’s delivered the goods. The Imitation Game already got off to a great start when the Weinstein Company picked up the film, not surprising since the script topped the Black List a few years ago.

Leonardo DiCaprio was initially attached to play the lead, but when he dropped out, the film stayed in turnaround for almost a year before being picked up and independently financed with Benedict and Keira Knightley starring in the lead roles. Everyone who’s read the script – I have to admit, that includes me – has absolutely raved about it, and it’s reassuring to know that the film has managed to live up to expectations. An early screening last week started the very positive buzz surrounding the film, and especially Benedict’s performance. One film critic even tweeted, “That preview screening. All the nominations. The Imitation Game is so good. People are going to be all over it this fall. Cumberbatch’s best role and performance.”

The Film Stage also tweeted, “Hearing ‘The Imitation Game’ is fantastic and it is Benedict Cumberbatch’s best performance yet.”

Although the role itself is quite similar on the outset to Benedict’s character in Sherlock Holmes, reviewers state that he’s far more ’emotive’ in this role than he’s ever been in Sherlock. Considering how important Alan Turing was to our world’s history, it’s a good thing that a movie finally seems to get his character right. Plus, it’s about time Benedict got an Oscar nomination, right? What do you guys think?